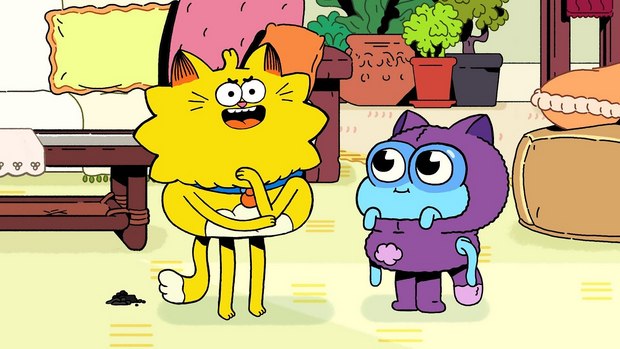 Counterfeit Cat tells the story of an unconventional friendship between Max, a lazy, selfish house cat and Gark, an excitable naïve alien with a mysterious destiny and a homemade purple cat suit. Pre-production of the series takes place at Wildseed’s Bristol studio with animation production handled by Atomic Cartoons in Vancouver. Commissioned by Disney XD EMEA and Teletoon, the series also airs on Disney XD in the US. Tricon International handles global distribution and property rights management.

Mick Rock is best known for his iconic photographs of David Bowie, Queen and most recently Lady Gaga. On The Record with Mick Rock follows him on a musical mission as he explores some of our most significant musical stars through the cities they call home. The stars reveal how the city helped launch them into stardom, what their passions are, and what drives them as artists. Each episodes ends with an intimate, one-of-a-kind performance by the musician. The series gets personal with The Kings of Leon in Nashville, Patti Labelle in Philadelphia, and Josh Groban in Los Angeles. The series if produced by Tricon for Ovation in the US.

“We are delighted to receive a Cablefax Program Award for Counterfeit Cat and pleased that Mick Rock has received recognition for his exceptional work as host of On the Record,” said Andrea Gorfolova, President, Tricon Films & Television.