Grammy winning composer has previously provided film scores for Sony’s ‘The Smurfs’ and ‘The Smurfs 2’ as well as Illumination Entertainment’s ‘Despicable Me’ and ‘Minions’ movies. 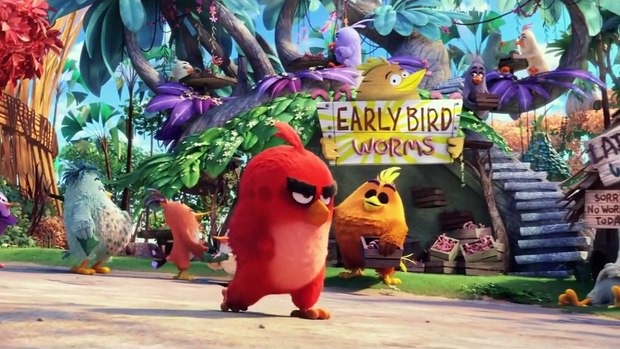 Pereira sampled a variety of avian sounds to create an array of percussion tool kits to compose unique themes for every character in the film. He also performed on many of the instruments that include ukuleles, electric sitars, heavily distorted “angry” guitars, and analogue synths.

Pereira explained, “The score is a true tapestry of melodies. I used a large orchestra and choir, recorded bird wings flapping, feathers ruffling, woodpecker beaks pecking on a tree, and bird songs; the sounds were cut up and filtered in order to create original drumsets for each bird.”

Based on the most downloaded mobile game series of all time, The Angry Birds Movie follows a small community of flightless birds whose home life is disturbed by the appearance of pigs.

Heitor Pereira continues composing music for a broad spectrum of projects from blockbuster family films to environmentally centric documentaries. This year, in addition to The Angry Birds Movie, he has scores in two documentaries: Discovery Channel’s Sonic Sea premiering May 19th, and The Last Animals releasing later this year.