The creator-driven network reveals a new partnership with The Animation Workshop to sponsor a female student in EMEA. 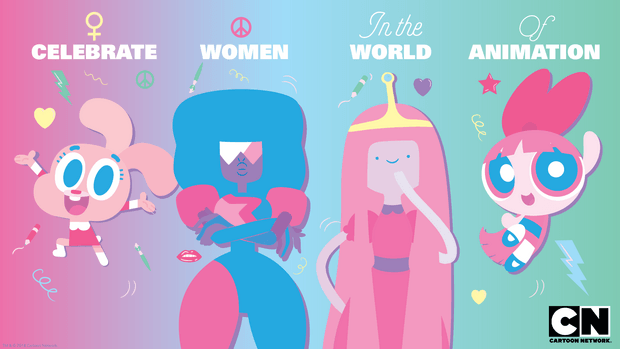 ANNECY, FRANCE -- Cartoon Network heads to Annecy Animation Festival and MIFA this week where it will host a celebration of Women in the World of Animation. As part of this activity, the network is excited to announce that it will be sponsoring a female student in an effort to discover and support more female talent to become the creators of the future.

Spearheading this is a special Studio Panel -- “Cartoon Network Celebrates Women in the World of Animation” -- featuring some of Cartoon Network’s most successful, inspiring and influential women, as well as a host of exclusive content. This will include a first sneak-peek at the brand-new Cartoon Network Original Summer Camp Island, created by British animator Julia Pott, which will debut in the US next month before rolling out internationally later this year.

Patricia Hidalgo, Chief Content Officer, Turner EMEA & International Kids Strategy commented: “Female talent and representation in the industry is more celebrated than ever and we are really happy to be shining a spotlight on this at Annecy, and to be partnering with The Animation Workshop to sponsor an exceptionally talented female student -- who we’ll be revealing at our panel this week! Cartoon Network is home to some of the industry’s top female creators but we know there are more out there with great, innovative stories to tell and it’s important we play our part in seeking out and supporting them.”

Michelle Nardone, Director of the Bachelor in Animation, The Animation Workshop, VIA University College added: “We are honored that Cartoon Network will be supporting one of our students from the EMEA region to fulfil their studies in animation. We look forward to nurturing their talent and hope to see the candidate flourish in their career as a content creator following the footsteps of graduates such as Eva Lee Wallberg.”

In addition to its Studio Panel, Cartoon Network will once again host its hugely popular Picnic By the Lake on Thursday 14th June (12.30-2.30pm) – this time in partnership with its sister company Warner Bros. in celebration of the impending launch of Teen Titans Go! To The Movies, the new movie based on Warner Bros. Animation’s top-rating series on Cartoon Network.