‘Ghost in the Shell’ director Mamoru Oshii to premiere new micro-series, ‘Sand Whale and Me,’ on anniversary weekend. 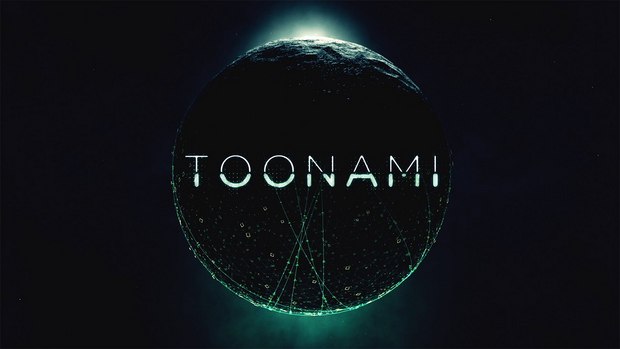 Adult Swim’s dedicated weekend block, Toonami, celebrates 20 years with live streams, never-before-seen animated shorts and giveaways. The weekend celebration will kick-off Friday, March 17 with a Toonami Pre-Flight live-stream on Toonami.com/PreFlight and will feature Jason DeMarco and Gill Austin, the iconic voices of T.O.M and SARA, and classic footage from the past and an interview with co-creator Sean Akins.

Toonami first appeared on Cartoon Network’s afternoon programming block on March 17, 1997 and returned as a Saturday-night block on Adult Swim in 2012. Part lifestyle brand, part programming block, Toonami helped usher in the wave of anime in the late 90s. Toonami has recently welcomed back new episodes of Samurai Jack, and has extended its broadcast a half-hour earlier to 11 p.m. ET/PT.

“It’s hard to believe Toonami is celebrating its 20 year anniversary. Much has changed since Toonami’s premiere in 1997, but our strategy remains the same: to air the best anime and action cartoons, packaged and presented in a way that respects and welcomes fans” says DeMarco, senior vice president and creative director, on-air for Adult Swim. “Those fans are the reason Toonami still exists in 2017, and we couldn’t be more thankful for their years of support. Here’s hoping we’re still around for another 20 years.”

Viewers across the country are invited to join the festivities with a special, live edition of Toonami Pre-Flight starting at 8 p.m. ET on Friday. Steve Blum, voice of T.O.M will be live in the studio to help celebrate and answer fan questions along with DeMarco and Austin. Blum’s otherworldly counterpart, Dana Swanson (SARA), will also present an exclusive reflections piece. There will be favorite Toonami memories, throwbacks and more.

The celebration will continue into the March 18 broadcast of Toonami, with the help of Arby’s. Fans of the block voted on their favorite graphics look of Toonami throughout the years and starting that Saturday, The premiere of legendary director Mamoru Oshii’s (Ghost in the Shell) five-episode micro-series, Sand Whale and Me, is also scheduled for Midnight. Each five-minute episode will run throughout the next five consecutive weeks. For on-air eyes only, fans will have the limited chance to participate in an anniversary-themed giveaway to win T-shirts, T.O.M action figures, a limited run, printed comic from Intruder 3, and more. Details on how to register will be revealed during that night’s broadcast.