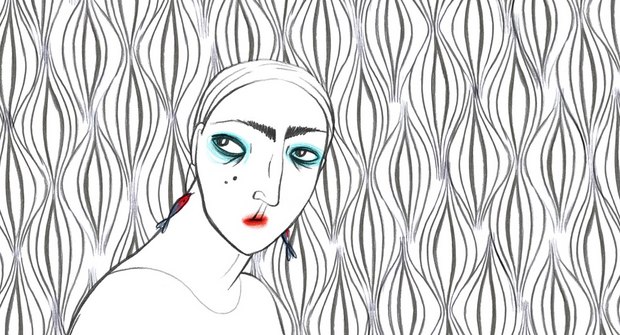 ‘Impossible Figures and Other Stories II’ by Marta Pajek (Poland).

Winners for the second edition of the GLAS Animation Festival, which ran March 2-5, 2017 in Berkeley, CA, have been announced.

The winners were selected from more than 1,300 submissions in eight competition categories including Narrative, Non-Narrative, Graduate, Undergraduate, Commissioned Shorts, Children’s Competition, US Competition, and International Showcase.

The full list of winners at GLAS 2017 is shown below: Nighthawk
Spela Cadez (Slovenia)
A blistering, squirming tragedy trailing an alcoholic whizzing blurrily through bending roads in the black of night, the award for Best Narrative animation goes to Nighthawk.

Datum Point
Ryo Orikasa (Japan)
In capturing the serenity of the sea, the soothing rush of the waves while reminding us of our own temporary, always flowing existence, the award for Best non-narrative goes to the Zen-inspired clay animation mastery of Datum Point. Special Mention: The Estate by Ronny Trocker (Belgium)
Conceptually smart, technically innovative, with a subtle approach to complex issues, we give a special mention to The Estate.

Special Mention: Orogenesis by Boris Labbe (France)
For its hypnotic rhythm, precision and effects, we give a special mention to Orogenesis. Jill
Lilli Carre
Jill is like an empty container that viewers have to fill. This film is like an invitation and gives the viewers the opportunity to individually do whatever they want with it, according to who they are and how they feel. Using a minimalist, weird form, it just says enough to put you in a very strange state in which you’re entertained and embarrassed at the same time, in which you don’t exactly know if you want to laugh or not. Which makes Jill a very unique charming lady. Special Mention: Glucose by Jeron Braxton
Groundbreaking ways to tell stories in this film, and we could see the artist Influenced by Japanese comics, early 8bit games, multimedia art in the film. This film beautifully explores the complicated identities of young POC americans in the age of the internet.

In a Cage
Loic Bruyere (France)
In a Cage, the seemingly simple and charming story about an unlikely friendship between a caged bear and an abandoned hatchling, is our choice for the best film within the Children’s competition. We loved this film for its clarity of storytelling, beautiful visuals, the music and the meaningful message that is more than meets the eye. Special Mention: Otto by Job, Joris & Marieke (Netherlands)
We’d also like to give a very honorable mention to Otto. This film is beautifully executed and deals with difficult themes like loss and acceptance, and the power of the human spirit to heal. The organic inclusion of such a diverse cast needs to be applauded.