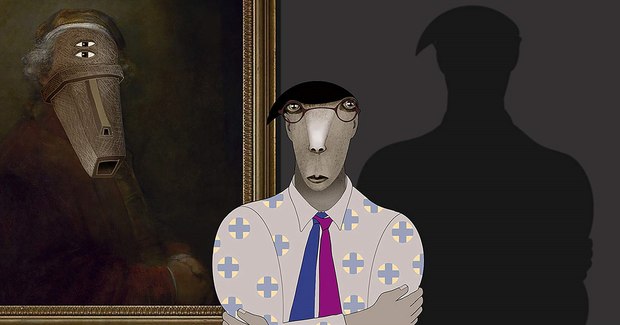 Sony Pictures Classics has picked up North American and Latin American distribution rights to the Hungarian animated heist thriller Ruben Brandt, Collector, according to a report by Deadline. Terms of the deal were not disclosed, but the 2D animated feature is set to be released with an Oscar-qualifying run in 2019.

Written and directed by Milorad Krstić, Ruben Brandt, Collector made its world premiere at the Locarno Film Festival this past July. Set against a stylish noir backdrop blending the art world art and psychotherapy, the animated film features original music composed by Tibor Cari alongside some of the greatest hits of the 20th century art world, sprinkled with visual references to films by Eisenstein, Hitchcock and Tarantino. The English-language feature was produced by Peter Miskolczi, Radmila Roczkov, Hermina Roczkov, János Kurdy-Fehér and Krstić with the support of the Hungarian National Film Fund.

Ruben Brandt, Collector operates on two levels, according to Krstić: as an “action-propelled crime story,” and “a time surf over the waves of the 20th century’s art and movie world.” It centers on Ruben Brandt, a famous psychotherapist who is forced to steal paintings from world-renowned art galleries and private art collections in order to stop his terrible nightmares.

Brilliant psychotherapist Ruben Brandt suffers from wild, reality-twisting nightmares. The only possible treatment is to rob 25 paintings from the most famous museums in the world.

Each day, Ruben Brandt and his gang strike: The Louvre, the Guggenheim Museum, the Tate Gallery, the Uffizi, the Hermitage.... In twenty days they commit twenty robberies.

The international media are rife with sensational reports and wild speculation about the enigmatic crimes. Ruben Brandt and his team soon become the most wanted criminals in the world. With each theft, the price on their heads rises exponentially, reaching one billion dollars. An army of hell-bent bounty hunters, gangsters and adventurers are mobilized.

Mike Kowalski, a private detective from Washington, D.C. and a leading expert on museum robberies and international art trafficking, is entrusted with the investigation of the “Collector Case.”

As Kowalski discovers a pattern to the robberies, predicting which painting will be next, the danger intensifies as the underworld gets wind of his investigation. Then he discovers a shocking family secret, which connects him to the “Collector.”

Watch the trailer in the player below: