CG-animated film is a co-production of Germany’s Studio 100 Media and Buzz Studios in association with Australia’s Flying Bark Productions. 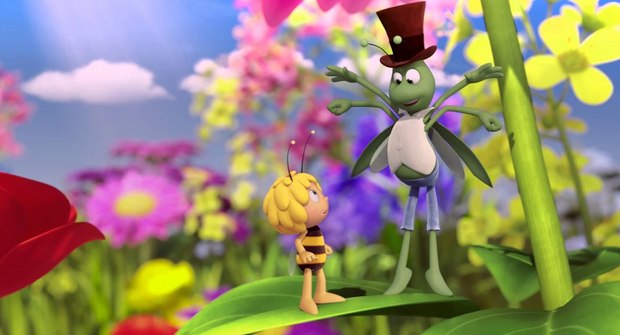 Shout! Factory Kids is bringing the CG-animated Maya the Bee Movie to theaters in Los Angeles and New York on May 1, 2015, according to a report by Screen Daily.

Rated G, Maya the Bee Movie centers on Maya, a little bee with a big heart. She dreams of an exciting life of freedom, fun and adventure -- the world is simply far too interesting to stay inside a hive! Her funny attempts to fit in bring her into trouble with the Queen’s narrow-minded royal advisor, Buzzlina. With her best friend Willy, Maya buzzes out into the meadow on an exhilarating adventure of self-discovery.

While most bees believe that other insects should be feared, Maya can’t help but make friends with Flip the charismatic and eccentric grasshopper, Kurt the dung beetle, and even Sting, a young hornet. But when the Queen’s royal jelly is stolen, it will take Maya and all of her bug buddies to figure out who did it and how to save the day.

Maya the Bee Movie is a co-production of Studio 100 Media and Buzz Studios in association with Flying Bark Productions. More information is available at mayathebeemovie.net.