Family films continue to dominate, making up 55% of the project lineup being presented at this year’s conference, running now through March 5 in Bordeaux, France. 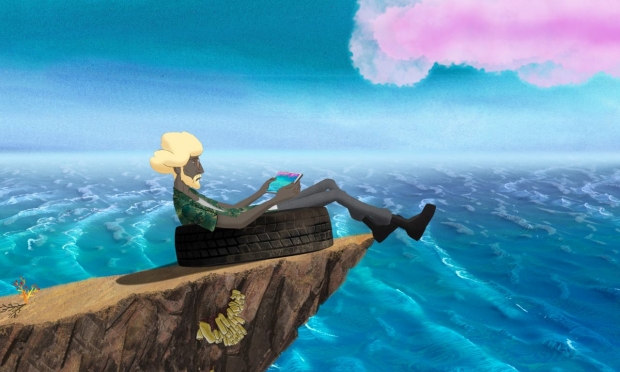 CARTOON MOVIE, the European pitching and co-production event for animated features, has announced that 66 projects have been selected for this year’s event. Nearly 900 producers, directors, authors, distributors, sales agents, broadcasters, video game companies and new media players from across Europe and beyond are attending the 22nd edition, now underway in Bordeaux, France through March 5.

With France at the forefront, the event's roster adds up to 93 hours of animation and an overall investment of 458 million euros, with an average cost of 6.9 million euros per film.

The five films selected in the sneak preview category and six in production had been previously presented as in concept or in development projects at this event:

Animation for family audiences continues to prevail on the European production map, surpassing the 55% of the selected projects. The films aimed at Young Adults/Adults remain strong with a 20%, while animation for Children represents the 15% (10 projects). This wide scope of targets is reflected in the diversity of themes and genres addressed by the projects, which range from friendship stories, adventures, musical and romantic comedies, to historical dramas, film noire, suspense, animated documentaries and films about the relationship between man and nature.

With 23 selected projects, French animation has once again confirmed its European leadership position. The country also participates as co-producer in six projects, leading the list of the most active co-producers in Europe, followed by Belgium, Denmark and Poland.

Renowned directors such as Benoît Chieux (Aunt Hilda!), Julien Fournet (The Jungle Bunch 2), Guillaume Ivernel (Dragon Hunter) and Rémi Chayé (Long Way North), among others, are at the forefront of the French projects.

The Nouvelle-Aquitaine region, second pole of animation production in France after Paris – will be represented by 4 projects:

Spain has doubled its last edition presence with 9 projects. They Shot the Piano Player and Tad the Lost Explorer and the Curse of the Mummy are two of the most eagerly awaited productions from this country. The first one is a new collaboration between the director Fernando Trueba and the designer Mariscal, after working together in the Oscar nominated Chico & Rita, while the second one is the new chapter in the Spanish blockbuster saga Tad Jones, directed by Enrique Gato.

Germany remains in the top 3 with six projects and titles such as The Amazing Maurice – a 3D family film directed by Toby Genkel & Florian Westermann and produced by Ulysses Filmproduktion (Ooops! The Adventure Continues, Bayala and Luis and the Aliens, among others) – and The Last Whale Singer, the new film by director Reza Memari (Richard the Stork).

Confirming its position of strength within the industry, Denmark will be represented by 5 projects, including I am Helena by Karla von Bengtson and produced by Copenhagen Bombay, and Panda Bear in Africa by Karsten Kiilerich & Richard Claus. Finland and Norway, with one project each, complete the Nordic animation presence.

Italy and the Netherlands (with three projects each), Belgium, Hungary and the UK (two projects each), and Austria,Croatia, Czech Republic, Estonia, Georgia, Poland, Romania, Serbia, and Ukraine – all of them with one project each – round out a selection in which one third of the projects are co-productions.

Cooperation between the publishing and the animation industry continues to grow: this CARTOON MOVIE edition will feature 21 book and comic book adaptations.

The line-up includes successful children’s book adaptations such as The Hermit and the Bear by John Yeoman, Tafiti by Julia Boehme, Molesworth written by Geoffrey Willans and Ronald Searle, Verte by Marie Desplechin et Magali Huche, The Character of Rain adaptation from the book of Belgian novelist Amelie Nothomb or Planet of Kids film adaptation from the book “The Story of the Blue Planet” by Iceland’s Andri Snær Magnaso.

Comic books have also served as a starting point for several projects:

A delegation of publishers including Arcana (Canada); Mondadori Libri (Italy); Nobrow & SelfMadeHero (UK); WSOY (Finland); Steinkis, Editions Milan (France) and Salamandra Graphic (Spain) will be present at the Cartoon Movie. They will discuss partnerships and promote their catalogues among European animation producers.

GAMES AND OTHER SCREENS

Some projects born from TV series, shorts and web series will also be presented at Bordeaux, such as The Anooki, Our Amazing Odyssey, starring the popular characters of the web, The Horn Quartet, a France-Belgium co-production directed by Arnaud Demuynck & Benjamin Botella inspired on the TV special, and Talent Scout, a feature film whose starting point is the Spanish Goya winning short film in 2019.

On Tuesday 3 March, before Cartoon Movie opening, a new CARTOON GAMES edition will be celebrated, an activity in which “animation meets transmedia”. Aimed at animation, gaming and transmedia professionals participating in Cartoon Movie, this professional meeting includes one-to-one meetings, and two keynotes to analyze the relationship between the animation, video games & transmedia industries.

Since 1999, 364 films have been financially supported by CARTOON MOVIE with a total budget of 2.4 billion euros. Cartoon Movie is an annual forum aimed at strengthening the production and distribution of animated feature films in Europe organised by CARTOON with the support of Creative Europe - MEDIA, CNC (Centre national du cinéma et de l’image animée), Région Nouvelle-Aquitaine, Bordeaux Metropole, Invest Nouvelle-Aquitaine, the City of Bordeaux and le Pôle Image Magelis.

CARTOON – European Association of Animation Film is an international non-profit association based in Brussels that organises Cartoon Movie, together with Cartoon Forum, a co-production forum for animated TV series, and Cartoon Masters training seminars.