What Does the Unity – Weta Digital Deal Mean for the VFX Industry?

DNEG CEO Namit Malhotra weighs in on what he calls a ‘landmark agreement’ that will fuel the progression and application of new production tools, technology, and workflows in areas such as movies, TV, games, metaverses, VR, and theme park rides. 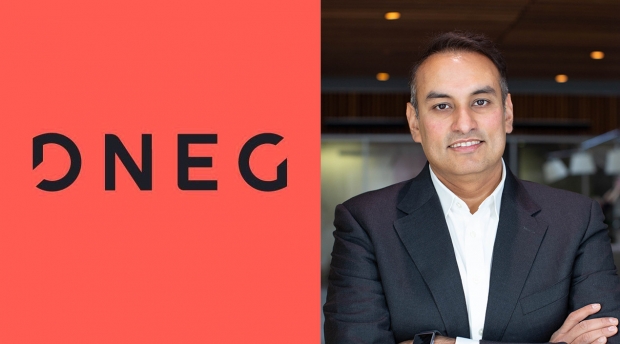 Last week’s announced purchase by leading real-time 3D content development platform Unity of VFX powerhouse Weta Digital’s proprietary production tools, pipeline technology, and engineering talent pool came as quite a surprise to the industry, a shock in many ways. For almost three decades, the iconic studio, an unquestioned leader in visual effects and animation wizardry, has applied its legendary, cutting-edge expertise on blockbuster film franchises like The Lord of the Rings, The Hobbit, and Planet of the Apes, as well as Avatar and countless Marvel Studios megahits. Though Sir Peter Jackson’s VFX production business, spun off and renamed WetaFX, will remain under his majority ownership, with current CEO Prem Akkaraju still at the helm, the idea that the company essentially split off and sold its entire VFX toolset, and toolmaking talent, for a staggering $1.625 billion in cash and stock, is just… well… a bit jarring.

With so many unknowns – the news announcement was lean on details – and given the company’s recent forays into proprietary tech productization, namely its WetaM SaaS collaboration with Autodesk / Maya, and WetaH SaaS collaboration with SideFX / Houdini, many questions remain. Like, is this a good deal for Weta? For the industry? What of Weta Animated, the animation content business the company launched last June? Or the virtual production business announced a month later? With tech juggernauts like NVIDIA and HP surely watching, is this deal a harbinger of things to come?

Armed with many more questions than answers, AWN spoke with Namit Malhotra, CEO of another VFX and animation powerhouse, DNEG, to get his perspective on a host of issues surrounding the announcement, including possibilities for similar tech consolidation deals, as well as how the Unity / Weta agreement ultimately influences and impacts the growing animation and VFX industries. Malhotra, who founded Prime Focus Limited in 1997, acquired Double Negative in 2014, which rebranded as DNEG. Since then, the company has rapidly expanded from its London base to nine facilities including Vancouver, Los Angeles, Montreal, and Mumbai, growing from roughly 800 artists to over 8,000 today.

Dan Sarto: What does this deal mean for Weta? Unity? The industry?

Namit Malhotra: The Unity-Weta announcement is a landmark agreement for the industry. Deals such as this are fueling the progression and application of technology across our industry, such that we are now seeing gaming companies and visual effects companies come together and integrating the best of both worlds to create what the world is seeing as the next phase of content engagement and content consumption.

This trend includes games, metaverses, virtual reality experiences, theme park rides, production workflows for animation and movies, and everything and anything around that. From my point of view, we are at an inflection point for the category, as this will accelerate the progression for our industry with companies including Unity, Epic, and others.

As bigger and bigger tech companies have their own hardware devices, software platforms, and access to hundreds of millions of consumers across the world, they are going to want to ensure that they can continue to create these engaging and dynamic worlds, which is something that people are going to want to experience.

So, from going to watch Interstellar as a movie, to taking a virtual trip in a spacecraft, to experiencing what a black hole and wormhole looks like firsthand, we can now imagine and dream up what the future is going to look like as never before. Billions will be spent by these big companies to ensure consumers’ experiences and the ability to enjoy these worlds.

I am a big believer in not just consolidation, but also progression and investment, which I believe will be massive.

DS: What does this deal mean for DNEG?

NM: This announcement is a validation of DNEG’s business strategy and growth plan undertaken these past several years. DNEG has been investing, evolving, and growing to add a new layer of content creation, IP ownership and gaming services to our highly successful VFX and animation services businesses. Alongside a globalization of the business, we’ve grown from two locations and 800 employees in 2014, to nine global locations and 8,000 employees today.

DNEG’s technology stack demonstrates 20 years of innovation and excellence, with our experience and R&D capacity drawing the world's top creative minds who know DNEG's passion for enabling the creative process through our engineering and artistic capacity can achieve groundbreaking results.

The work we have been doing behind-the-scenes to further develop our industry-leading technology capabilities, and to integrate real-time tools and workflows, is allowing us to reinvent our VFX and animation pipelines. We’re already working at the cutting-edge of the convergence between the worlds of filmmaking and gaming, as is evidenced by the real-time enabled projects that we have recently delivered, and which are making waves in the industry:

Mr. Spam Gets A New Hat, our animated short co-produced with Oscar-winning director Bill Joyce, which pushed the boundaries of what is possible with real-time technology in the animation pipeline, has already picked up awards at Spark Animation (Best 3D Narrative Short) and New York Shorts International Film Festival (Best Animation).

And Fireworks, the Paul Franklin-directed short film, is one of the first UK films made using real-time game engine technology - specifically Epic’s Unreal Engine - within an LED volume. This short film places virtual production right at the heart of the storytelling, and we’re excited that the trailer and a set of behind-the-scenes educational films will be released next week,

DS: What does this deal mean for other studios and artists as Unity consumers?

NM: This biggest impact will be for game studios, who will have access to additional tools from the film world. This is a great start, but creating content at high levels of photorealism will also require significant talent to make the most of those new capabilities.

DS: Are you surprised by this deal? Do you see more such consolidation, or similar moves by other big tech players in the future?

NM: No, I am in no way surprised that Unity is looking to bolster its position with this acquisition and think this is an inevitable and tremendous outcome. The use of toolsets and technology that have been developed in the filmmaking realm will eventually enable the use of photoreal digital assets in a real-time gaming environment. In fact, I communicated this very thought to all my teams at DNEG at the start of this year.

The value inherent in the technology stacks that the biggest VFX companies have developed over the years is considerable, as can be seen from the valuation Unity placed on the Weta acquisition. DNEG’s technology stack compares quite favorably, has been supported by more than 20 years of investment, and has enabled us to bring home five Oscars for Best VFX out of the last seven. As noted, we remain committed to ongoing heavy investment and development to secure and fortify our leadership position.

There is enormous opportunity combined with rapid change and advancements in the space. These ingredients are part of the recipe for more dealmaking and creative financial partnerships. DNEG is in a strong financial position to capitalize on the opportunities we see in the marketplace

DS: What about NVIDIA, HP etc. taking a stake in a top VFX house that has significant investment in proprietary tools that could be transitioned to SaaS products?

NM: It's certainly possible. The film world has an incredible wealth of experience in creating compelling content. More and more companies are interested in creative content. Specifically, they are looking at how to bring the knowledge and experience of some of the best storytellers in the world to new markets.

Taking an Old-School VFX Approach in ‘All Quiet on the Western Front’
‘Natural Habitat Shorts’: Like ‘Ranger Rick,’ But for Adults
Framestore Sets Sail on ‘1899’ with New Virtual Production Tools
Animated Characters: The Art of Babbitt – Part 1
Bruce Smith and Ralph Farquhar Talk ‘The Proud Family: Louder and Prouder’ Season 2
VFX is the ‘Thing’ for Tom Turnbull on Tim Burton’s ‘Wednesday’
We Need to Chat
F is for Flake: The (Not So) Great Animation Robbery?
END_OF_DOCUMENT_TOKEN_TO_BE_REPLACED