Weta artists apply their craft to move a static car, light a city at night, and create other effects for the final film in the Maze Runner franchise. 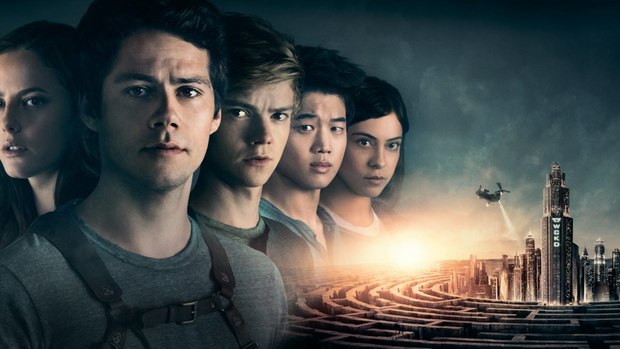 The third and final sequel in 20th Century Fox’s Maze Runner sci-fi franchise jumped into number one at the box office on opening weekend as franchise fans lined up to see what Thomas (played by Dylan O’Brien) and his friends were up to next.

Based on the novel by James Dashner and brought to the screen by director Wes Ball, Maze Runner: The Death Cure sends Thomas into a labyrinthine city to rescue a friend and find a remedy for a deadly disease. The young adult action-adventure takes place in a dystopian world created with some very grown-up visual effects.

R. Christopher (Chris) White supervised the visual effects team at Weta Digital, the main vendor on the show. Artists there spent a year creating the film’s 678 shots. In-house Fox artists added another 200 shots or so, and Proof provided previs.

It is the second film in the franchise for White and Weta Digital. In 2017, five artists at the studio received Annie nominations for the effects in Maze Runner: The Scorch Trials.

“It was good for pre-planning to have worked on Scorch Trials,” White says. “We were able to do some things we knew Wes [Ball] would like.”

Whether they had Ball’s preferences in mind, or were simply continuing the studio’s bent toward embracing fine details, the Weta Digital artists gave what might be considered standard effects some clever twists: They moved a static car filmed on set, an effect we’ve seen done before with visual effects, but maybe not in quite the same way. And, they built a futuristic city seen at night, which some might think made their job easier. Not so for the artists who created those shots. Ball filmed on location in South Africa, inside and outside Capetown. In one dramatic shot, Thomas is in a jeep-like vehicle trying to catch a train. As his car pulls in behind the fast-moving train, he jumps onto the hood, balances there while reaching out with a large hook, hooks the stairs on the back of the train car, and jumps onto the train. He runs along the top and sets a charge to unfasten a targeted carriage.

Ball wanted to film the action with live-action actors, not digital doubles, not stunt actors. Thus, for safety reasons the train and jeep filmed on location did not move (except when grips shook the car). So, everything else had to.

Prior to filming, the Weta Digital crew visited the environment where the train sequence would take place, scanned the environment, brought the data back to New Zealand, and planned their strategy.

“On location was a full train that was used for wide shots and anything having to do with actors relating to it,” White says. “But it was static, a prop for them to jump on. And, the car was static, too. The actors were shot on greenscreen. We had to make it look like they’re traveling.”

The technique they used is similar to one in which an environment outside a car window moves to create the illusion that actors sitting in a static car are traveling. But, more sophisticated.

On set, a camera operator with a hand-held camera moved around the car to film Thomas and his buddies while the grips shook the car. The actors had fans blowing their hair. In postproduction, Weta Digital artists replaced the car wheels with rotating CG wheels, blended those wheels to the practical car with some CG bits, and removed the greenscreen. Similarly, to “move” the train, the artists replaced the train wheels with CG wheels.

And then, they built and moved a CG environment to create the illusion that the train was barreling down the tracks and the car was racing right behind with wheels wobbling on the rough ground as Thomas jumps from car hood to train car. They literally pulled CG tracks from under the train car.

“We built the environment to match the preceding shots using CG rocks and plants, and added the CG train tracks,” White says. “The important thing is that it was shot in natural light on location with the greenscreen behind. We also shot a car farther down the track with stunt actors to use as reference photography for lighting and for the final comp. Of course, there was quite a bit of roto -- the greenscreen was good but we didn’t want to block the sun later in the day. It was more important to get good lighting on the characters.”

You can see the result in the trailer as well as in the film.

The city of Capetown was not futuristic enough for the film, and its slums were too uniform for the look Ball had in mind. Separating the two is a giant, 100-meter, concrete and metal wall -- always under construction, always CG -- that surrounds the city. The city is a mile and a half in diameter. The slums occupy 25 square kilometers.

“It was quite a big build,” White says with a bit of understatement. “Some parts of the slums outside the city had over a million buildings and we had 800 hand-placed buildings inside the city. Wes [Ball] was big on parallax.”

Working from footage shot in various locations in Cape Town, and a 3D map of that city, the crew inserted their futuristic buildings. “Sometimes, we replaced areas with all CG buildings,” White says. “But, it wasn’t arbitrary. The layout artists would match up with the plates. If we had shot on a certain street, they would have set up our CG city to correspond. If the actors crossed over to another street, it would align with our 3D city. We could talk about where we were.”

For the slums, the crew imagined that people had set up shacks while waiting and trying to get into the main city. Ball wanted the sense that a larger city had once been there and that refugees had come into the area and filled the streets.

“Mostly we set up clusters with main buildings and surrounding shacks,” White says. “We dressed them so that the shacks looked hand-built. And then, we duplicated them through the environment. Late in production, Wes wanted to change a shot with a close-up tight on a vehicle. He wanted something more epic. So, because we had built all that area of no man’s land, we could create a shot in which the camera flies over the wall and across the slums.”

Most shots in the city take place at night, so to enhance the images, the Weta crew decided to leverage their proprietary renderer Manuka and furnish all the rooms seen through the building windows with CG models. Using the studio’s Gazebo, they could see lights in those rooms as they worked.

“Before, we might have used images projected into the rooms, but for this film, we placed CG furniture, desks, real light fixtures with bulbs, and so forth,” White says. “We wondered whether we needed to dress all 800 buildings, but once we did, we saw that it looked really good. We wrote software so the technical directors could adjust the temperature of the lights and turn them on or off -- they could see a simplified version in Gazebo. Light from inside a room would spill out as it would naturally onto awnings, the outside edges of the buildings.”

White describes a shot in which Thomas and his compatriots break a window and jump out into a complete CG environment.

“We were asked if we could put more light against Thomas,” White says. “So the technical directors turned on the lights in a room, and as soon as they did, the furniture was illuminated and the door lit up. It was almost like what we’d do in the real world.”

During the final act of the film, people pour through the main gate of the wall, the wall fires on the crowd, and buildings catch fire and collapse. “We had looked at which buildings would be visible in that sequence and designed them to break and snap at the right places for the effects team,” White says. “The floors weren’t hollow; they had beams. The glass breaks. All that little attention to detail so that when we run our sims, they act properly.”

Weta Digital uses its proprietary Synapse simulator for the destruction and the fire. Massive software moved the crowds. “There were some great onset practical explosions that we augmented to add more explosions and people,” White says. “The important thing was to create a beautiful fiery look. We wanted a look that was dangerous but with a certain beauty. Embers that float in a certain way. You run the sims, try different things, find your successes, and start to narrow down. Sometime you get happy mistakes as well.”

In addition to the big sequences with the train and the city, Weta Digital artists replaced a character’s nose, augmented elements in plates to make an environment look more futuristic, built guns, drones, and various props.

“We really had across the board effects in this film,” White says. “The end sequence was the most difficult with the fire. I really enjoyed setting up the nighttime city -- doing something new with that environment. But, I think the most fun was train. It was such an interesting combination of work on set and digital work, working between the two groups to solve the problem. How do we set up? How do we move the car? It was the most interesting, and I thought it came out pretty well.”

For visual effects artists at the top of their game, no effects shot is routine.