AWN is pleased to share the second of a three-part video interview series with key artists from award-winning VFX studio FuseFX discussing the inner workings of some of your favorite shows, from Upload to 9-1-1: Lone Star, as well as strategies and realities of managing complex visual effects productions while working safely and remotely in the COVID-19 pandemic.

This second discussion features Brigitte Bourque, a VFX supervisor at FuseFX’s LA office, and Marshall Krasser, a visual effects supervisor at FuseFX’s Vancouver office. In the talk, Bourque shares details of her work on FOX’s 9-1-1: Lone Star, including visualizing all manner of disasters such as a volcano and massive forest fire. Krasser talks about the diverse VFX requirements on Prime Videos’ Upload, starting from early pre-production through to final post. Both artists also discuss bringing extensive feature film VFX experience to their TV work.

In addition, Bourque and Krasser talk about pandemic-related production strategies their teams employ to ensure work is created safely and on-time. They also offer career advice for young professionals, including practical tips on areas of study and focus to better prepare for industry opportunities. 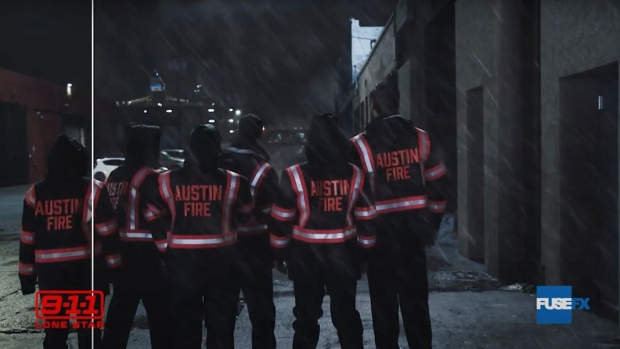 Take a few minutes and enjoy! When you’re done, you can also watch the first interview, in which AWN talks with FuseFX VFX supervisors Ariel Altman and Josh Miyaji about their innovative work on shows like ‘Mr. Robot,’ ‘Barry,’ and ‘I Know This Much is True.’

Bourque is a VFX supervisor with over 25-years-experience working in the film and television industry. She got her start as a script supervisor and production coordinator/assistant in Miami and Los Angeles before moving into visual effects. She worked at studios such as ILM, Rhythm & Hues, CinesiteLA, and CIS-Hollywood before joining FuseFX in 2013. Her extensive credit list includes The Planet of the Apes, Armageddon, The Chronicles of Riddick, Poseidon, Fast and Furious, The Chronicles of Narnia, X-men, and The Mummy Returns.

Krasser is a VFX supervisor with more than two decades of experience in the visual effects industry. His most recent work includes the Prime Video series Upload, The 100, the feature film Vice, and the upcoming film Needle in a Timestack. Prior to FuseFX, Krasser worked at CoSA VFX, Psyop, Industrial Light & Magic, among others. Notable feature film projects include The Accountant, Divergent, 300: Rise of an Empire, The Great Gatsby, Iron Man 2, Battleship, Avatar, Star Trek, Indiana Jones and the Kingdom of the Crystal Skull, War of the Worlds, Star Wars: Episode II – Attack of the Clones, Harry Potter and the Sorcerer’s Stone, Pearl Harbor, The Perfect Storm, Titanic, Forrest Gump, and many others.

His TV credits include Lucifer, Waco, Prison Break, The Walking Dead, Zoo, The X-Files, and The Man in the High Castle. In 2015, Krasser earned a VES Award nomination for his work on Divergent, and in 2012 he was nominated by The Hollywood Post Alliance (HPA) for his work on Battleship. In 2009, Krasser received a BAFTA nomination and an OFTA Film Award for his work on Indiana Jones and the Kingdom of the Crystal Skull. In 2006, he won two VES Awards for his work on War of the Worlds.

Krasser is a member of the Academy of Motion Picture Arts and Sciences (AMPAS), TV Academy and the VES.