Visualize This: An Exclusive Showcase of The Third Floor’s Work on 18 Marvel Films

With the MCU ‘Infinity Saga' now complete, the studio shares a 10-year visual history of their extensive previs, postvis and techvis work on the famed franchise. 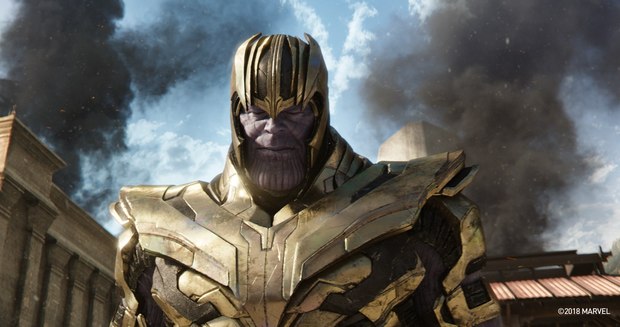 It’s actually quite astounding that The Third Floor, one of the entertainment industry’s leading visualization companies, has worked on 18 films in Marvel Studios’ 22-movie MCU Infinity Saga. Dating back to 2010’s Iron Man 2, The Third Floor has helped shape narratives, design sizzling action sequences, setup camera moves and flesh out 3rd act story beats on 18 of the most popular and successful movies of the past decade… and that’s just on the previs side of the house. Take into account their postvis and techvis efforts and you begin to grasp the complexity and enormity of the Marvel projects they’ve been involved with, as well as the tremendous skills and expertise their talented artists have routinely applied to some of the most sophisticated and expansive movie productions of all-time.

AWN has covered a large chunk of The Third Floor’s work over the years, with numerous feature articles showcasing various studio team members, who shared their insights into how, working alongside a bevy of directors, producers, VFX supervisors and editors, they helped shape the Marvel film franchise.

In an AWN exclusive, to help celebrate 10 “Marvel-ous” years and 18 feature films culminating with this year’s Avengers: Endgame, The Third Floor has shared a number of previs, techvis and postvis images from 12 MCU projects, which we’ve compiled, along with descriptions and artist quotes discussing various aspects of the work. On The Avengers, Nick Markel, previsualization supervisor, notes, “When we started this iconic shot [shown above], my goal was to make every frame look like a poster for the movie. It was all going well until we realized Hulk's size threw off the entire orbit! We made compromises, putting a few characters on top of cars, but arrived at a successful composition. Nothing more iconic than all our heroes back to back, ready to face off against Loki and his army!”

Visualization supervisor Jim Baker (on both Ant-Man films) told AWN on that Ant-Man, his team had the task of providing much needed cinematic answers regarding how best to approach the movie’s subject matter. “It’s great to work with the characters and creativity on any Marvel project!” Baker says. “Similar to other movies, our team contributed previs and postvis to help visualize the action and ways to achieve it technically on the set and in visual effects.  On sequences such as the Helicopter Fight, we helped depict and develop certain story points.  In contrast to other productions, a different challenge on this film was the scale of the characters.  A lot of our efforts were focused on developing approaches to the macro photography, which types of shots, lenses and angles worked to sell the size of Ant-Man and the world he is in.”

Previs was used to help calculate real-world camera distances, positions and speeds in relation to live-action models and sets for key shots, while postvis work included adding key CG elements, like incorporating a mask on a character, animating Yellowjacket’s mechanical arms to the action or comping out blue screens, so the filmmakers could see working versions of shots. Overall previs/postvis supervisor Gerardo Ramirez told AWN, “For pre-production and post-production, the previs team was set up with the rest of Marvel’s production team at Shepperton Studios in the UK, with another team working on postvis at The Third Floor’s Los Angeles studio. For post-production, the postvis team worked with the production team in Santa Monica and on the Disney lot in Burbank. Shannon Justison and Patrick Haskew served as my co-supervisors. The main goal for previs was to support the filmmakers in exploring and developing ideas for the main action sequences as well as to provide technical breakdowns of key shots to aid with actual filming. The Third Floor’s head of virtual production, Casey Schatz, was extensively involved, traveling to South Africa and Italy to do techvis on location as well as configuring and running virtual camera sessions to explore sets and work out blocking and technical needs. “Postvis, where we track previs, characters or other elements into the live-shot plates, touched almost every sequence, including Opening Battle, Party Fight, Freighter Fight, Hulk vs. Hulkbuster, Korea Chase, Birth of Vision and final fight scenes.  At this stage, we worked closely with the editors and would time the action of the digital characters and effects to the pacing of the edit.” “We also did significant amounts of techvis on the show. Within sequences that had been previs’d, several shots would be selected and our techvis artists would use The Third Floor’s custom tools and templates to create diagrams that would give the client essential camera information and measurements. During additional photography, we could also analyze an already existing plate and calculate the camera information so a new element could be filmed.” Marvel is known for their extensive use of visualization, relying upon previs, techvis and postvis to encourage creative pitching, look development and brainstorming that helps filmmakers explore, conceptualize, design, plan and ultimately assemble their films. The Third Floor’s work on Doctor Strange touched almost every part of the film. For Civil War, beyond creating action-scene previs, The Third Floor team created techvis, that helped in laying out the logistics of the shoots, as well as postvis duties in support of editorial. Ramirez, who split supervision duties with Austin Bonang, explains, “We worked closely with second unit visual effects supervisor Swen Gillberg to devise plans, based on the previs, that were detailed and accurate for positioning cameras and stunts in some of the more complicated shots.  When filming wrapped, The Third Floor’s team continued to work with the directors, visual effects supervisor and film editors during post-production, where our postvis artists collaborated closely with the editor to help fill in CG elements with the live-action photography.”

According to visualization supervisor James Baker, "There was a lot of exchange with James [Gunn the director] and Chris Townsend [overall VFX supervisor] as sequences were visualized; it was a fluid relationship.  A lot of times in post during the editing process, James would call us over for shots he wanted to add for a reshoot or a pure VFX shot.  We would create something quickly so they could see if it would work in the cut." Suzanne Cipolletti, postvis supervisor, explains that, "While many Marvel films we’ve worked on have used technical visualization to help achieve the 'impossible' shot, beautiful sequences like Valkyrie's Flashback and the mirror reflection shots at the Grandmaster Palace in Thor: Ragnarok had some of the most intricate and gracefully executed techvis.” Cipolletti adds, “Thor's journey throughout the Marvel Infinity Saga leads up to a key point in Thor: Ragnarok, when our God of Lightning is fully realized and able to wield his power and strength without the aid of Mjolnir!” Jason Thielen, previs lead, shares, “How awesome to have a scene where Hulk fights a fire god? Just hope the pants are flame proof!”

The previs assisted with determining which characters were needed for each shot. “There are 60 or more characters across the movie," visualization supervisor Gerardo Ramirez shares.  "Part of the previs was helping define who would be in different shots, what they would be doing and when they would next appear. The challenge for us was not so much the size of the cast but how the characters would proceed through the story. As artists who have worked across many Marvel movies, we felt a sense of responsibility to help develop the biggest and coolest moments that were worthy of the characters.” The goal was to have the previs and postvis blend in closely with live-action footage. “Our asset builders used real-world scale, textures and lighting to help make our assets feel real,” Ramirez describes. “We would use scans of the actors or models provided by the visual effects vendors when available to ensure our assets matched as much as possible. Our approach to animation was similar as we wanted to make it feel like the real thing. When visualizing an action sequence, we made sure the animation was realistic and true to the style the directors were looking for. One of the ways we achieved this was by using motion capture for general actions like running, walking, and dodging. We would often use a section of the mocap and then hand key the more specific action. On a movie like this, where so many of the characters have incredible abilities, we hand-animated the story the majority of the time, still also making sure the character and camera animation felt real.” Heather Flynn, visualization co-supervisor with Shannon Justison, comments, “A supercharged superhero can only stay vulnerable for so long! In visualizing action with her [Captain Marvel's] character, we needed to have her appear strong enough to have entertaining fight scenes, but not so strong that she could get out of any situation easily.” From top to bottom: Third Floor previs; finished film shot. Flynn concludes, “It was a dream come true to make such a badass woman shine on screen as the story of Carol Danvers introduced how the Avengers initiative materialized.”