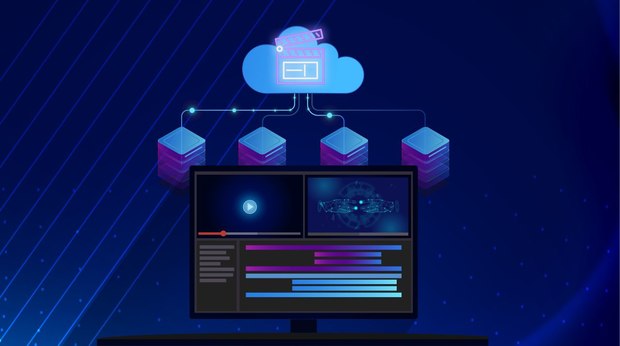 The rise in cloud services adoption for content creation over the past few years has aligned with the explosive growth of high-quality scripted media production. Additionally, these high-quality projects’ visual effects and animation requirements have correlatively increased as well.

While the software tools used to create this content are becoming more affordable than ever, viewer demands and expectations have also matured at a breakneck speed, putting ever increasing pressure on producers. What was considered a complex visual effects project 20 years ago — such as Titanic — pales in comparison to the amount of shots required for a film such as Avengers: Infinity War.

Since it appears likely the market for high-quality media production and its associated visual effects will only continue to grow in the coming years, here are three key ways that technology will continue to support this content proliferation.

Industry-wide acceptance of cloud as a secure platform

Initial cloud computing adoption primarily arose in the form of burst rendering, done by studios on a project-by-project basis. With no formally recognized cloud-wide audit, VFX vendors hesitated to go beyond burst rendering. Other workloads such as long-term storage and virtual workstations weren’t even being considered. However, studio consideration of cloud resource support is gaining ground. The recently formed Trusted Partner Network (TPN), comprised of MPAA member studios and several other high-value content producers, has drafted a single audit framework for VFX vendors. While currently only available for on-premises facilities, the TPN audit for cloud will be available later this year. It will provide a set of agreed upon secure media workflows for studios who wish to use cloud for a variety of different content creation opportunities, such as hybrid rendering, virtual studio and cloud storage of material.

For a number of years now, several file formats and libraries (such as OpenEXR, OpenColor IO and OpenVDB, to name a few), developed by leading studios and released as Open Source, have been critical to the content creation pipeline at hundreds of facilities. However, with no formal development oversight or guidance, the industry has struggled to maintain continuity among many of these tools. In a global industry that has a high amount of visual effects freelancers moving from facility to facility to work on various projects, this lack of cohesion has impacted productivity, as artists must learn the nuanced variations of these tools.

Fortunately, last year’s formation of The Academy Software Foundation (ASWF) brought together a consortium of leading studios, infrastructure providers and software developers to provide development resources, engineering oversight and standardization among projects that have been accepted into its development program. The credibility this foundation gives to the notion of Open Source Software within the industry has encouraged the release of additional projects, such as Sony’s OpenCue.

Studios who adopt these ASWF offerings will now employ production pipelines integrating a set of industry-standard tools that freelance visual effects artists can more quickly and easily access and ramp up to use.  As a result, these studios can focus on their own internal software development that will give them a creative advantage - such as rendering, hair and fur tools - which will lead to more compelling content generation output.

For several years, many of the leading content creation independent software vendors (ISVs) such as Autodesk, Chaos Group, Foundry, Maxon, SideFX and Pixar have licensed their software to the major cloud providers. In turn, these cloud providers have integrated these programs into their own respective cloud rendering services. More recently though, several ISVs started offering a white label service directly sold to end users, including visual effects studios and content creators. For example, Chaos Cloud offers VRay cloud rendering from all of its supported applications, while Foundry’s Athera provides users with a complete virtual workstation deployment through a collection of software tools as well as through other third-party ISV partners.

With additional insight into their customers’ cloud usage behaviors, these ISVs can now further optimize their tool development for a truly cloud-native workflow that’s inclusive of ingest, storage, creation, compute and distribution.

The convergence of increased resources via secure, studio-approved cloud services and community efforts to build Open Source tools for the industry are enabling content creators to be more nimble, efficient and productive than ever before. By lessening the burden of infrastructure management and software development, studios can prioritize the creative tasks at hand to deliver more compelling imagery than ever before.

Having worked in visual effects content creation for the past 18 years, Todd Prives has been involved in both the ISV creative software development space as well as the cloud infrastructure provider front, where he is currently the product manager for content creation at Google Cloud. Prior to joining Google, he co-developed Zync Render, the industry’s first cloud rendering SaaS, which was used to render Flight, the first Hollywood studio film to be rendered on cloud.  Prives will speak next at Siggraph 2019’s Foundry roundtable, “Plotting Your VFX Studio’s Journey Into The Cloud” as well as at the OpenCue Birds of a Feather meetup.