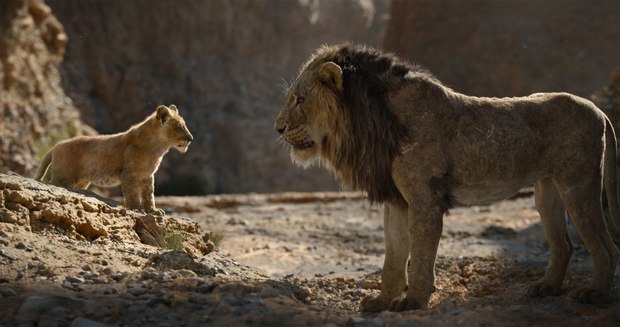 Once again turning to VFX supervisors Rob Legato and Adam Valdez, the Oscar-winning duo behind his 2016 smash hit, The Jungle Book, alongside sole visual effects production vendor MPC, a division of Technicolor, filmmaker Jon Favreau (Iron Man) has turned another fully animated Disney classic into a photorealistic cinematic adventure with the release of The Lion King. Now officially the highest grossing animated feature film of all time, with a total global box office haul to date of $1.34 billion, the Shakespearean-inspired tale revolves around the emotional story of an African lion, Simba, attempting to reclaim his spot as King of the Pride Lands that was taken by Scar, his Uncle, with the murder of the cub’s father, Mufasa.

In total, 1400 visual effects shots were produced over a year and a half by MPC animation supervisors Andy Jones (Avatar) and Stephen Enticott (Wonder Woman).  Compared to previous projects such as Avengers: Age of Ultron and Justice League, where supernatural abilities defined the various characters, with The Lion King, Enticott needed to take a different animation approach.  “The movie had to be on the mark in terms of realism and emotion, to make people accept and believe it straightaway,” he says.  “With the kind of technology we have and the abundance of amazing documentaries [people can watch], we were always magnetized towards a realistic, documentary-style; that in itself set the parameters for what we needed to achieve. From there, it’s how far do you want to push the characters themselves.”

MPC leveraged their approach on The Jungle Book to achieve the desired photorealism.  “That involved editing down the concepts for shots before you had even begun animating,” Enticott notes.  “It would give us an initial blocking pass so we could see if things were going to work or not. That saved a lot of investigatory time and you could recoup that back into the refinement and polishing stage of the animation.  You want to get all of the nuanced movements and micro shifts in there, and that type of detail takes time.” Critical to the film’s success was that the previs and virtual production teams worked in tandem to map out the whole film. “Entire sequences, or large chunks of sequences, were shipped over to the Los Angeles soundstage where Jon and his team could go in with real cameras, film around the action and get the actual shots they wanted,” Enticott shares.  “That shows quite a lot in the film itself.”  The use of virtual production made a significant impact on streamlining the animation process.  “By the time we ramped up [production], we had a good idea of where we were going to take each sequence and every shot,” he continues. “But we also knew in advance if there were any particular areas that they wanted to reimagine or go back to the drawing board on and try to do some postvis as well.”

Numerous 360-degree environments and characters were created for the project.  “The environment team would give us an initial animation pass which would include areas we knew the characters would interact with extensively,” Enticott states.  “As the scenes and shots developed, if we needed extra components, like rocks or things for the characters to stand on or fall over, we could call upon them to give us extra set pieces.  We could lay them out, and through a lot of back-and-forth with the environment team, make sure the end result merged everything together in a satisfactory way and could be pushed down through the system.”

“We could have light renders to see motion blur as well as a simplistic version of the lighting to see how shadows might affect the animation or how running past a certain wall or bush might affect it,” Enticott continues. “We could do that ourselves.  If we needed more detail, it went to the farm, where that would take a lot more time and memory to get through to us.  We always had options whether it be Playblast or full renders.” Normally, a lead animator would manage two sequences at a time with a team of 10 to 12 people.  “A lot of the sequences were running concurrently across the board, so at any one stage, there was quite a lot going on,” Enticott remarks.  “Over the course of the entire show, we had roughly 130 animators. The work was broken down into segments.  If you stare at a mountain for too long, it’s going to overwhelm you. But if you plan it out like going from basecamp to basecamp, then it’s amazing how much progress you can make. That’s the way to approach a show of this size.”

The animation team had access to 43 hours of accumulated reference material they used to study animal movements and behaviors, which proved critical in helping create the film’s photorealistic characters.  According to Enticott, “There were 16 or 17 main characters and roughly 63 secondary characters.  We were always doing R&D on things like skin, muscles, fur, and effects, which in itself, was a huge part of ensuring efficient character development.  We also did a lot of bespoke motion tests as a separate exercise so we could establish the characters and see how they were going to move.  We played a lot of cycles to make sure that Scar was walking like Scar all across the film.   That only stems from making sure we have the character development upfront.”

In the wild, real life lions tend to be stoic, which factored into how their performances were animated. “For Scar, it was more about body behaviour and characteristics used to punctuate certain points or words in a particular manner that helped get the impact of the dialogue across to the audience,” Enticott reveals. “If you have a character like Timon, meerkats are so funny to watch anyway.  All you had to do was marry him up with the dialogue and you’d have a win-win situation. Scar, however, is calculating and introverted in a sense that he keeps himself held back.  You can feel beneath the surface, he smolders with a violent rage, though he doesn’t portray that except for a couple of sequences.  Scar is so subtle in his mannerisms that finding the right detail from reference was a task in itself.” Vocal performance inflections guided animation on the main body movements as well as expressions needed to match the dialogue. “You didn’t want to draw up the facial performance too much because it would then point us away from what an actual creature would do,” Enticott explains. “It was a juggling act trying to make sure you found that perfect balance between needed realism and the emotional performance you were after.”

“We always knew that Scar was going to be difficult because he was so theatrical in the original film,” Enticott adds.  “We had to roll that back to a point where he was a reflective soul rather than campy.  Even though a warthog and meerkat are funny in how they move, we still had to be careful about how much we pushed Timon and Pumbaa and how much we needed to develop their characters as the story progressed. There were a few times when we did go back and change their performance.   Once you’re six months into a show, you reflect on what you’ve done already and see if that’s working… you push things a bit more or change them a little bit to get more punctuality and a more driven performance.”

Sometimes things needed to be exaggerated to get the subtlety across.  “We had an opportunity to do that in the ‘Be Prepared’ sequence,” Enticott describes. “It was finally the one scene where Scar unleashed his inner rage, where he was happy to show the hyenas how much he loathed his brother and the cub… and the fact that the cub was still alive.  The way in which he delivered the performance gave us an opportunity to make a mark with his body movements, which helped punctuate his dialogue quite a lot. That was exciting for everybody involved. I loved all of the scenes of course. But, if I had to pick one that I have a soft spot for, ‘Be Prepared’ would be it.”

Choc Chip Animation Riffs on Pop Culture in ‘The Art of Murder’
F is for Flake: The (Not So) Great Animation Robbery?
Re-VIEW: ‘Avatar: The Way of Water’ – A Miraculous Vision
‘Kung Fu Panda: The Dragon Knight’ Celebrates a Special Lunar New Year
END_OF_DOCUMENT_TOKEN_TO_BE_REPLACED