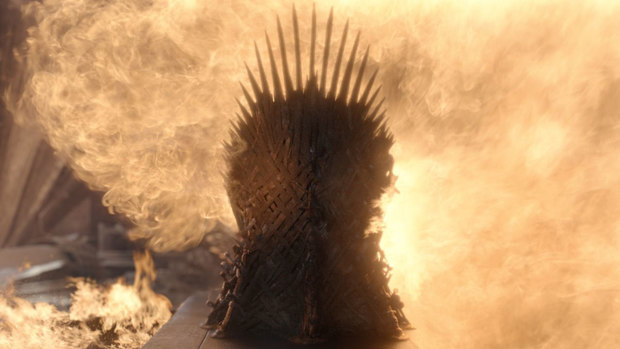 Scanline VFX has just shared with AWN an exceptional visual effects breakdown reel, images, and detailed description of their work on the final three episodes of HBO’s epic fantasy-adventure series, Game of Thrones Season 8. Scanline’s team delivered 615 shots, over 60 minutes in total, of high-end visual effect used in a number of sequences throughout Episodes 4-6, working for over a year in close collaboration with HBO and Game of Thrones in-house VFX and post-production teams led by Joe Bauer and Steve Kullback.

According to Mohsen Mousavi, VFX supervisor at Scanline who received an Emmy Award nomination this year for his Game of Thrones work, “In Episode 5, we tackled the Battle of King’s Landing, which includes full digital environment, Danny’s [Daenerys Targaryen] attack on the scorpions, city gate and the streets, destruction of Red Keep, ground coverage of Arya and John as well as the iconic Clegane brothers’ fight. In Episode 6, Scanline created a full 360 digital environment of the King’s Landing aftermath leading into the majestic confrontation of John and the dragon outside Red Keep and the throne melt sequence. Additionally, in Episode 4, we covered the digital King's Landing around Danny and Cersie’s confrontation, followed by Messenia’s death.”

Game of Thrones - Season 8: Breakdowns from ScanlineVFX on Vimeo.

One of the show's hallmarks has been the realism and believability of its depiction of George R.R. Martin’s fantasy world filled with magic, mythology and fire breathing dragons. “Scanline’s challenge was to stay true to the show’s visual legacy, but on a much wider scale involving a much more complex narrative,” Mousavi explains. “The visual effects work on Game of Thrones is not about that fantastical look. It is about getting every shot in the sequence seamless. The goal is to go for the realistic look, staying away from over-expressed and over-dramatized composition that might look good, but would overtake the narrative and take you out of the story.”

In its depiction of epic battle of King’s Landing for Episodes 5 and 6, Scanline created an entire CG city to support the expansive and detailed destruction sequences. “Historically through the years, King’s Landing was based on and shot at Dubrovnik in Croatia,” Mousavi shares. “However, the complexity of Episode 5 and Episode 6 required Scanline to build a full CG version of King’s Landing. The Battle of King’s Landing unfolds on a variety of locations across the city. We needed to make sure that the environment was covering all the angles with a high degree of consistency and continuity from shot to shot. The digital King’s Landing was engineered in a way that could technically undergo various stages of destruction throughout the episodes.” “We developed a semi-automatic process of converting high-res photogrammetry scans of Dubrovnik into structured assets compatible with our pipeline,” he continues. “At its core, King’s Landing was based on a modular building assets framework. We took the technology we developed years ago for the creation of the digital San Francisco damage in San Andres and pushed it to the next level for Season 8. We hand crafted a variety of modules in different categories: bricks, shingles, window framing, doors, chimney and different sets of façades, similar to what you get when you open a LEGO pack! The language of these assets was heavily inspired by the architecture of Dubrovnik.”

The same technology was used as a foundation for the city in the battle’s aftermath depicted in Episode 6. “We ran procedural collapsing simulations on the intact buildings dressed with snow on top,” Mousavi notes. “Once we were 80% there, we got into hand crafting some aspects for a better composition.”

The aftermath of King’s Landing was inspired by documentaries showing the devastation of Dresden in the last days of World War II. “Wherever you looked, you saw ruins and destruction and a strong sense of devastation,” he describes. “Based on the historic black and white reference, we developed a monochromatic tone for the environment to help elevate the mood and give more isolation to the characters in front of the camera.” In Episode 6, Scanline used both Houdini and their inhouse FLOWLINE system to create the emotionally gripping melting of the series’ iconic Iron Throne. “Scanline built hybrid simulations of the Iron Throne melt using Houdini and our in-house simulation toolkit FLOWLINE,” Mousavi reveals. “Joe Bauer wanted us to deliver the most complex and realistic melting simulation ever seen on the screen. We got constant feedback to push the resolution, so we came up with some very advanced and clever shaders to get high amounts of details on top of the simulations. We were able to send dozens of different looks in one go and quickly help narrow down the final look.”

More and more, top studios like Scanline are leveraging years of feature film VFX production experience and creative expertise into sophisticated TV and streaming episodic series production projects. “Game of Thrones has raised the bar in TV on every level,” Mousavi states. “From storytelling to craftsmanship, it has managed to establish an amazing, believable and utterly entertaining universe with visuals so memorable that many will reference for years to come! The VFX model for Season 8 goes above and beyond high profile feature film project schemes. You’re dealing with the same level of quality and scheduling mindset, but a magnitude more of content. There is absolutely no sense of ‘it’s just TV so it doesn’t need to be as good.’ The clear line of quality difference between TV and feature blockbuster has vanished!”

“At Scanline,” he concludes, “for the final three Game of Thrones episodes, we used the same technology, same infrastructure and same mindset for innovating, pushing the envelope and approaching challenges as we use on all our high-end feature film projects!”