On the Road to the 91st Oscars: The Visual Effects Nominees

Leading up to Oscar Sunday on February 24th, catch up on AWN’s coverage of the films and creative teams nominated for Best Visual Effects at the 91st Academy Awards. 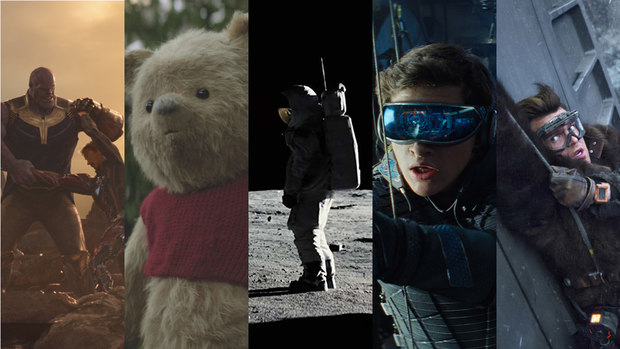 Each year here at Animation World Network, awards season marks the period on our calendar when we recognize and honor some of our industry’s most talented, dedicated and ground-breaking studios and artists responsible for the spectacular and breathtaking visuals created for feature films enjoyed around the world.

This year’s nominees for the Oscar for Best Visual Effects, culled from a formidable list of 20 contenders, and narrowed down to five following this year’s annual Academy VFX Bake-off, represent the best and most creative efforts of an industry that is constantly evolving, pushing the envelope with new techniques and technologies that refine and stretch the rich history of what has come before.

That includes emotive performances from digital characters alongside galaxies of wonder, interstellar battles, photoreal digital doubles and the recreation of iconic characters from beloved classic films.

Leading up to the 91st Academy Awards on February 24, here is a handy guide to AWN’s coverage from over the past year of the five nominated films, including in-depth interviews and behind-the-scenes peeks at some of the most outstanding and memorable shorts of 2018.

Hearty congratulations to all the nominees, and to the creative teams that helped bring these films to the screen, for garnering what many consider to be the industry’s highest honors. No matter which short film takes home the Oscar Statuette on Sunday it’s a considerable achievement just to have a chance at approaching the podium, and we’ll be cheering for each and every one of them. Capturing Thanos: How the Ultimate ‘Avengers’ Adversary Was Brought to Life

Inside the OASIS: ILM’s Roger Guyett Talks ‘Ready Player One’

Audiomotion and Vicon Make the Virtual Real for ‘Ready Player One’

How ILM Animated Rio, L3, and the Space Creature from ‘Solo: A Star Wars Story’

The Animatronics Man: A Practical Take on Gustav Hoegen

‘Natural Habitat Shorts’: Like ‘Ranger Rick,’ But for Adults
Framestore Sets Sail on ‘1899’ with New Virtual Production Tools
Animated Characters: The Art of Babbitt – Part 1
Bruce Smith and Ralph Farquhar Talk ‘The Proud Family: Louder and Prouder’ Season 2
VFX is the ‘Thing’ for Tom Turnbull on Tim Burton’s ‘Wednesday’
We Need to Chat
Choc Chip Animation Riffs on Pop Culture in ‘The Art of Murder’
F is for Flake: The (Not So) Great Animation Robbery?
END_OF_DOCUMENT_TOKEN_TO_BE_REPLACED