Design company takes on 450 VFX shots that feature the hero digital cougar along with many other CG animals, in Sony’s family adventure. 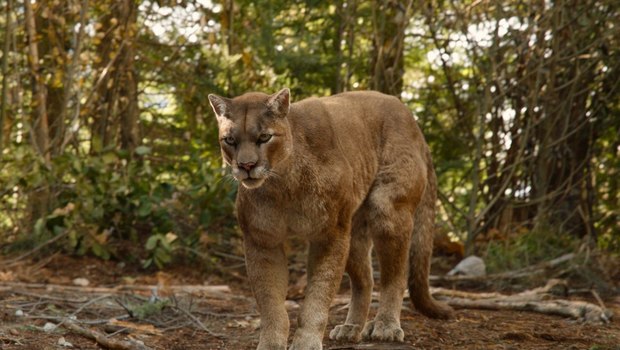 On Sony’s ‘A Dog’s Way Home,’ Pixomondo created all the wild animals, from the hero cougar, Big Kitten, to the squirrels and marmots. Images and clips courtesy of Pixomondo.

The “cat’s out of the bag” when it comes to Pixomondo sharing some of the stunning digital cougars and other wild animal VFX work they produced for Sony’s family adventure, A Dog’s Way Home, released in theatres this past January. Yeah, I had to go there. Couldn’t help it. I just love them kitties, even the CG variety.

Taking on 450 of the film’s 671 VFX shots, Pixomondo produced 270 in their Vancouver studio, with the other 180 done out of their Toronto facility.

Based on the popular book of the same name, A Dog’s Way Home tells the story of Bella, a dog who is separated from her owner and sets off on a 400-mile journey to get back home. Along the way, she meets a series of new friends, including a wild cougar known as Big Kitten.

Pixomondo VFX supervisor Matthew Welford, who also served as the film’s client supervisor, started on the show in August 2017 during early pre-production, spending time on set for the duration of the shoot, providing guidance on the entire body of visual effects work as well as integrating Pixomondo-created previs to help plan and budget for how the show would proceed.

One of their biggest challenges was creating Big Kitten, a fully digital cougar whose friendship with the film’s hero, Bella, forms the emotional center of the story. Welford notes, “Charles [Martin Smith, the film’s director] wanted animals that had great weight and performance. It was also important that we felt a connection between Bella and Big Kitten. Everything had to be grounded in reality. Obviously, a story about a friendship between a wild cat and domestic dog would always require a certain amount of suspension of disbelief from viewers, but we hoped they would feel Bella’s connections with the characters throughout the movie.”

Welford and his team used images and videos of real cougars, in the wild, in zoos and in sanctuaries, scouring the internet for reference material. Martin Smith was particular in his review, liking ears from one big cat, eyes from another, hair from another still… the final Big Kitten design incorporated features from 30 different cougars.

“It was challenging to create a cougar that looked real but who could also perform actions that were not quite entirely realistic to a cougar in the wild,” Welford explains. “Often Big Kitten interacts with Bella in a way that a real cougar would never do. They nuzzle, spoon while sleeping, goof around on a slippery ice pond. This was necessary so we could be true to the book the film was based on, and to tell the overall story. Our job was to show some not-always probable acts between these two animals in a way that keeps the audience engaged in the movie.”

And yes, a real rescue dog named Shelby was used much of Bella’s screen time. A real buffalo was also used for a small number of shots where the expense of a CG build wasn’t justifiable. Especially for an animal that, basically, stood around just being a buffalo (or was it a bison? I’ll never tell!)

Pixomondo split their work on the film into Character and Sequences. Toronto handled Cougar Cub, Kittens, Baby Bella Puppy, Squirrel, Eagle and Rabbit. Vancouver created the hero cougar, Big Kitten, for the 7-month cub and adult stages, along with the CG Bella and Coyotes. Take a moment to read the complete Q&A with Matthew Welford over on the Pixomondo blog.