Studio’s digital skills are put to the test as they stitch the Oscar-nominated film’s lengthy, uninterrupted takes together into one long seemingly real-time sequence. 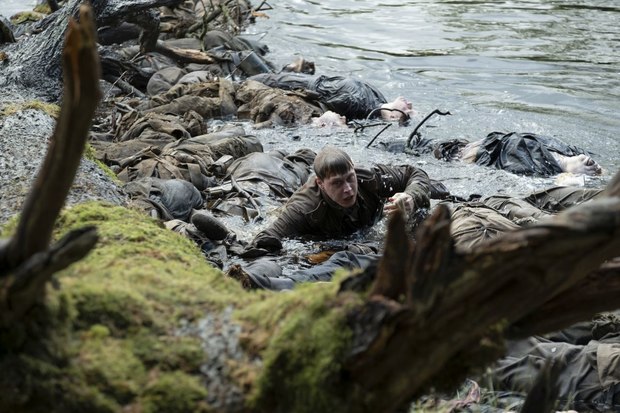 MPC Film has just shared with AWN an overview of their work on Sam Mendes’ epic World War I saga, 1917, nominated for 10 Academy Awards, including Best Picture, and winner of BAFTA, Golden Globe and Producers Guild of America awards, just to name a few.

At the height of World War I, two young British soldiers, Schofield (Captain Fantastic’s George MacKay) and Blake (Game of Thrones’ Dean-Charles Chapman) are given a seemingly impossible mission; racing against time, they must cross enemy territory and deliver a message that will stop a deadly attack on 1,600 soldiers, including Blake’s own brother.

MPC led the visual-effects work with approximately 600 artists contributing on the film, which was shot almost entirely outdoors on locations around the United Kingdom. Because the production employed long, uninterrupted takes, creating visual effects that held up to scrutiny, without cuts, across unbroken scenes and in 4K IMAX, presented MPC with unique creative and logistical challenges.

To give his audience a first-hand account of the action, Mendes tells his story in real-time; the film plays as one continuous shot. The production required extensive planning and collaboration across multiple departments, in particular camera, production design, sound, special effects and visual effects.

The plane crash utilized multiple techniques, including plate stitching, CG planes, and CG destruction. The burning city of Écoust was shot on a partial set on a backlot. CG destroyed-architecture and fire effects were then added to extend the scale and scope of the burning city. The River sequence was shot in an Olympic water park in order to get practical direct water interaction with Schofield as he is swept down the rapids. In the finished film MPC extended and augmented the rapids to set the scene in a hostile natural environment. Shot stitches were particularly complicated as the blends had to work with water surface and splashes as well as complex effects simulations.