CEO Keith Guerrette and his studio have developed a part-time, paid program that provides participants with skills training, mentorship, and hands-on real-time game development experience to better help them get a leg up in the industry. 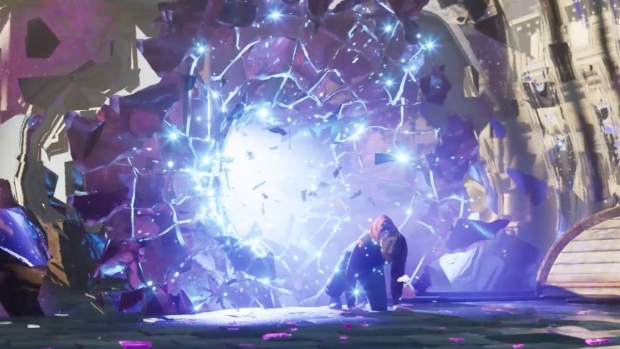 Recognizing the need to develop real-time savvy visual effects artists for the video game industry, Beyond-FX (Legends of Runeterra, Call of Duty) has established a part-time paid apprenticeship program that for six weeks, provides participants with expert instruction through lectures and in-engine lab time. The centerpiece is Project Artifact, a 10-minute vertical slice of a bigger gamed, filled with VFX opportunities and typical game project workflows within Unreal Engine, which is used to illustrate actual game development processes, produced in partnership with Bad Rhino Games.

“If you’re chasing the ‘cutting edge’ of visual effects, we have a guiding rule for ourselves that, ‘the technique we used yesterday is outdated tomorrow,’” notes Keith Guerrette, CEO and Studio Head, Beyond-FX, who early in his career worked on the Uncharted franchise and The Last of Us for Naughty Dog.  “At the same time, there are some things that haven’t changed at all since I started working in games almost 18 years ago.  Every new task is an exciting new challenge or puzzle.”  Not keeping pace with the ever-growing demand for content creation is the talent pool of artists with the appropriate skillsets. “Trade schools are doing their best within their restrictions to introduce real-time VFX, but it’s often just an introductory level class, leaving students to learn further on their own,” notes Guerrette.  “We as an industry have attempted to create passive resources for those brave enough to go down this path – www.realtimevfx.com and its supporting communities on Facebook, Discord, and Twitter are incredibly inspiring and mentoring resources, but it’s difficult to even know where to start.”

For Guerrette, it’s not about being a specialist or a generalist, but understanding the needs of a video game company. “If you’re working at a large studio with several people in your department, you probably want someone specialized in an area that your team is weak in, and a generalist probably isn’t that useful,” he explains.  “If you’re working as one of 12 people attempting to make an entire game yourself, I guarantee that generalist is going to be the most valuable thing you’ve seen all week.”  Video game companies are chasing after veterans rather than rookies especially during the pandemic.  “It is extremely difficult to mentor someone remotely.  To put that a little more clearly, all of the tools that we have for communication, whether Slack or Zoom calls, require someone to know that they need to ask a question, but when you are starting your first job, you rarely know what you don’t know.”

Beyond-FX is working to correct the situation for artists attempting to break into the video game industry.  “We are giving ourselves six weeks, with 24 hours each week, to see if we can transition apprentices from that ‘talented but risky’ category into qualified junior production artists,” Guerrette says. “I love the model that trade industries, like plumbing, have for taking in apprentices and mentoring them on the job, paying them for their hard day’s work, and helping them achieve their licensing to continue working on their own. We also saw the model that Epic Games set with paying people to learn virtual production. By acknowledging that it was a fantastic marketing opportunity for people to learn the correct way to use their tools, we also saw a parallel that helped us justify the cost: what better marketing is there for our expertise in visual effects than training apprentices and successfully placing them within development studios around the world?” From over 50 qualified applicants five will be chosen. “For this first iteration, we’ve concentrated on bringing in a small team that we can respond dynamically to, knowing that we’re all going to learn a lot along the way,” remarks Guerrette.  “For each applicant, we asked for answers to a few basic questions as well as a portfolio of any available 3D arts work demonstrating knowledge of a game engine or 3D production pipeline. As we reviewed these candidates, both through their answers, portfolio submissions, and eventually phone screens, we were able to whittle over 50 qualified applicants down to five that we felt confident were motivated to go on this fast-paced journey with us.”

The training program begins with an introduction to visual effects while the following weeks cover ambient visual effects integration, gameplay effects and collision events, design effects, cinematic effects, and advanced techniques.  “Our hope is to create a curriculum scaffolding for trade schools to use as a guide, but also to create an example for studios interested in creating their own mentorship or structured onboarding experience to better allow junior candidates into their teams.”

“My wildest dream is that inspired artists from around the world are able to dive into the puzzles of visual effects and start creating, learning, and working as a part of a development team without years of repeating the same mistakes that we’ve all made as we learned ourselves,” remarks Guerrette.  “Our entire Apprenticeship is a bit unique, requiring us to take several unusual steps to get here and to look for guidance and lessons from across industries.  We spent six months creating Project Artifact, which is an entirely custom first-person narrative adventure game built within the Unreal engine explicitly for learning visual effects. Also, we wanted to pay our apprentices to join us and work beside us on this project, mirroring Unreal’s Fellowship, but also the more classic apprenticeships of trade industries.  This presented us with the added complication of being entirely compliant with California’s [very important] labor laws.”

As for the future of the video game industry, Epic Games is planning to democratize game development through Unreal Engine. “I can't wait to see what happens when tools like the Unreal Engine land in the hands of people from different backgrounds, different art styles, and with different stories to tell,” Guerrette shares.  “I'm excited for our tools to become so standardized that our focus can be on the beauty of what we’re making, rather than the technicalities of making it work in the first place.” While noting the full capability of real-time tools has yet to be achieved, Guerrette says, “Real-time workflows reduce the quality for a percentage, but in exchange for substantially faster iterations and workflows.  This means either that the artists have more time to create art before their deadlines.  Or that the artists are covering vastly larger quantities of tasks, allowing production team sizes to shrink. I feel like we’re just starting to see the potential of what real-time tooling and workflows can do in the hands of creators used to other mediums.   It’s so joyfully exciting to see the amazing demos popping up online every day.”

Taking an Old-School VFX Approach in ‘All Quiet on the Western Front’
‘Natural Habitat Shorts’: Like ‘Ranger Rick,’ But for Adults
Framestore Sets Sail on ‘1899’ with New Virtual Production Tools
Animated Characters: The Art of Babbitt – Part 1
Bruce Smith and Ralph Farquhar Talk ‘The Proud Family: Louder and Prouder’ Season 2
VFX is the ‘Thing’ for Tom Turnbull on Tim Burton’s ‘Wednesday’
We Need to Chat
F is for Flake: The (Not So) Great Animation Robbery?
END_OF_DOCUMENT_TOKEN_TO_BE_REPLACED