Don’t Put a Tape Deck in a Tesla

Cloud considerations can help leverage and future-proof your investments in virtual production workflows. 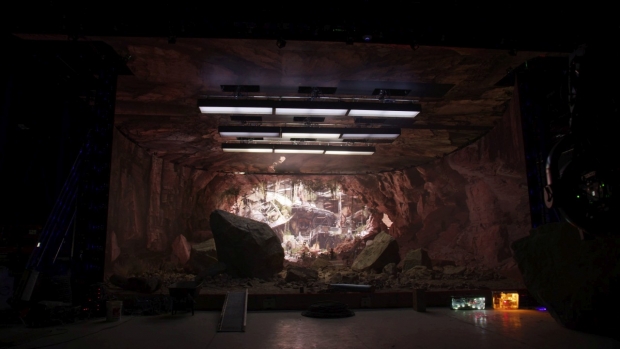 The media and entertainment industry was dazzled and inspired by the virtual production achievements of The Mandalorian team as details of their process began to circulate in early 2020. Shortly following, large scale events – from SXSW to NAB – halted as the entire world grappled with the COVID-19 pandemic. In the two years since, virtual production has become a favored filmmaking approach, with new state-of-the-art stages popping up all over the world. Advanced production techniques have not only allowed content to be created safely through uncertain times, but also opened opportunities for filmmakers to reimagine the process of content creation.

While the possibilities of virtual production are exciting, adoption can be challenging due to technical complexity and perceived costs. To some degree, the process has been fast-tracked to prominence due to pandemic challenges, but that doesn’t mean everything was quite ready for primetime. To maximize the creative benefits, virtual production workflows still require advance planning and streamlining for effectiveness and efficiency. While this is true of most emerging technologies, for virtual production, one answer could lie in leveraging recent advancements in cloud computing’s wide scale availability. In-camera visual effects are the gold standard of cutting-edge virtual production workflows in the same way that a Tesla might be considered the gold standard in the future of automotive. If you’re investing in a Tesla, you’re not going to put in a subpar audio system to listen to music, and by the same token, if you’re investing in virtual production, you should be equipped to leverage the most forward-thinking technology across the board to optimize the production experience, end to end.

There are many flavors and applications of virtual production, but at its core, it uses technology to bridge the gap between the digital and physical worlds in real-time. On-set virtual production using large-scale LED panels to display dynamic environments and assets alongside physical set pieces is the most high-profile use case of late. Creatives have begun embracing the approach after witnessing the transformational power of real-time processes, ultimately elevating the end result, and, in some cases, shortening the timeline to release.

Like virtual production, adoption of cloud-based technologies has skyrocketed over the last four years, in part because doing things the way they’ve always been done was no longer an option. The cloud has helped studios remain securely connected and productive as offices closed, and, as a result, studios have realized that managing their own infrastructure no longer makes sense. Rather than purchase, house, and maintain hundreds of thousands of dollars’ worth of depreciating on prem assets, the cloud offers on-demand access to perpetually well-equipped resources at massive scale. Applying cloud computing to virtual production pipelines will enable workflows that are not only effective and efficient but also flexible and most importantly, scalable.

Virtual production is indeed transformative and remarkable; it’s also expensive and technically complex. How the cloud will shape virtual production is still coming into focus; however, at present, it stands to help alleviate pain points on both the front and back end, with more benefits likely to be uncovered. What’s more, ongoing supply chain issues have impacted access to the hardware necessary for virtual production, including GPU resources, and using the cloud mitigates some of the infrastructure requirements and looming delays in equipment delivery times. Whether it’s a boon or a burden depends on perspective, but the nature of virtual production is that it disrupts traditional filmmaking timelines and requires significant creative decisions to be made up front. A stage’s LED walls need to be populated with camera-ready imagery, before cast and crew can begin filming, and those assets need to be optimized for the real-time game engine running the scene. For a studio starting from scratch, accessing cloud resources can accelerate getting to the starting line of the virtual production pipeline, bypassing building out an on prem infrastructure. By pre-rendering select high fidelity assets before they’re added to a real-time scene, captured footage is closer to the final pixel. By using the cloud, those images can be rendered at scale quickly, so even if a client makes major changes the day before a shoot, it won’t impact the timeline.

The cloud can also be incredibly useful for preparing the final output. In-engine scenes run in real-time; however, that data still needs to be rendered as final frames in 4K Open EXR or another high-resolution deliverable, which can take significant time. That output is then used alongside the captured footage to help finish the content. Having access to raw cinematic data up front reduces post work because desired visuals are captured in-camera. Rendering the final output on the cloud means that compute loads can run in parallel, returning results exponentially faster than on-premises machines can handle.

By incorporating cloud-based resources, virtual productions can work more elastically, crew downtime is minimized, and more can be accomplished on set. This translates into fewer shoot days, which still come at a premium price. Bringing together the power of the cloud with the innovation potential of virtual production helps lay the foundation for next generation filmmaking that is focused on sharing stories by harnessing the power of on demand, secure scalable compute resources, throughout the production pipeline ecosystem.

Julie McDonald is a VFX and animation industry veteran with an extensive background in production. Her experience includes leadership roles at Netflix, Zero VFX, Cinesite and Pixar Animation Studios, including guiding teams using cloud-based compute resources to create feature films and episodic series. Julie is currently the Head of Business Development at Conductor, the secure, multi-cloud rendering platform that supports most industry-standard applications. Drop her a line at info@conductortech.com.

VFX and animation veteran Julie McDonald is Head of Business Development at Conductor, the secure, multi-cloud rendering platform that supports most industry-standard applications.