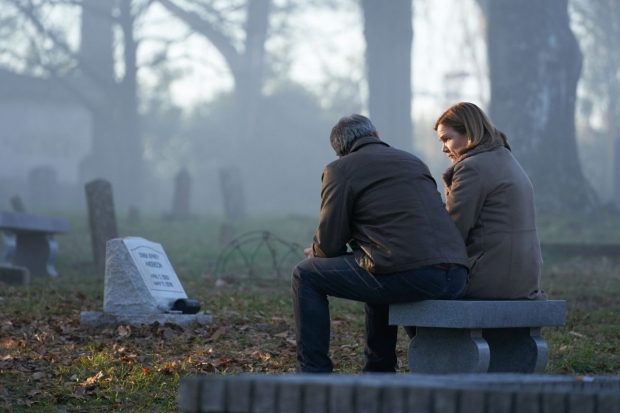 Heading into this Sunday’s season finale, HBO’s The Outsider has spent the last nine weeks deftly weaving together an old-fashioned crime investigation drama with a supernatural thriller.  The show’s photorealistic, invisible visual effects come courtesy of VFX supervisor John Heller and his team at FuseFX, an award-winning VFX house, founded in 2006, that provides visual effects services for episodic television, feature films, commercials, and VR productions. They currently employ over 300 people across three studios: a flagship office in Los Angeles and facilities in New York City and Vancouver, BC.

The Outsider, based on Stephen King’s bestselling novel of the same name, begins by following a seemingly straightforward investigation into the gruesome murder of a young boy. But when an insidious supernatural force edges its way into the case, it leads a seasoned cop and an unorthodox investigator to question everything they believe in.

Heller, an industry veteran whose credits include Big Miracle, Percy Jackson & The Olympians: The Lightning Thief and The Bourne Legacy, joined the show early in pre-production, working on initial prep, through shooting, and all the way through post-production. The show’s visual effects run the gamut, from blood and gore effects, to 2D digital matte paintings, CG set extensions, environments, greenscreen work, CG effects, animation and creature work. Heller’s largest sequences appear in Episode 6, which include set extensions and a partial CG bus crash, as well as work in the final episode that, according to the VFX supervisor, “I can’t currently talk too much about yet!”

“Creating complex visual effects that are never noticed, or appear unrealistic, is always our goal,” Heller explains. “The biggest compliment I receive is when people ask me what we did for a particular film or show. We did around 800 shots for The Outsider, and the hope is that they aren’t necessarily seen. Complete photoreal imagery is more challenging, in my opinion, especially when presenting images that we are intimately familiar with, such as a human face or domesticated animals. We all refer to even the most subtle departures in these as the uncanny valley effect. Just one little clue can throw you off even if you’re not sure why.”

The show presents as quite the slow burn, gradually, and dramatically, shifting from a “whodunnit” murder mystery into a hunt for a mythical predator. Creating visuals that believably supporting the shifting tone, while staying true to Stephen King’s source material, required considerable effort. “Presenting the supernatural in a way that stays grounded, convincingly, in our very real world was the most significant creative challenge we faced,” Heller shares. “We paid close attention to whether we were riding the line of VFX supporting something that could be real or creating something that took us out of the tone of the show. We generally relied on real-world, or seemingly real-world sources that have traditionally inspired the same type of lore that our character comes from. Stephen King is a master of making us believe in and be frightened by the improbable. We tried, and hope we succeeded, in honoring that.” “Ideas about how to present the supernatural in the show evolved as the scripts and story evolved throughout production,” Heller adds. “While the story remains very faithful to Stephen King’s novel, these changes required us to respond quickly with new creative ideas on how those might be brought to the screen, in a way that best fits the tone of the production.”

Anyone involved in VFX production for any medium is no stranger to hard work, long hours, tight deadlines and seemingly insurmountable creative demands. For the growing number of VFX studios translating years of feature film work onto TV / streaming platform episodic production, time and money always seem in short supply. “What are you talking about?” Heller laughs. “We have all the time and money we need! Actually, this is something we all deal with, including everyone on the live-action side, post sound, post VFX, etc. The biggest challenge is to produce world-class work within these constraints, which seems obvious. But, pulling it off requires experience, close working relationships, and a robust technical toolbox. Experience allows you to draw on successes and failures. And while we don’t want the failures to be too significant or prevalent, they are an important part of the experience - especially when asked to make an important impromptu decision. You must be confident that even if that choice isn’t perfect, you can own it, and know how to adjust it to make it work down the road.” FuseFX’s depth of experience also means they bring a robust pipeline to the production, critical for delivering the show’s high-volume of photorealistic VFX. According to Heller, “As far as tools, studios like FuseFX have built teams of extremely talented leaders and artists, a robust pipeline, and overall support structure that creates an efficiency model which makes it possible to do the very best work within time and budget constraints.” Even so, the work is taxing. But Heller’s team was ready, with the technical infrastructure and know-how needed. “This doesn’t mean we don’t work until we’re burning the midnight oil; we do plenty of that,” Heller jokes. “But,” he continues in all seriousness, “having a great team, a robust database, technical support, a massive bank of servers and processing power is key to producing the quality our clients demand, within budgets they can trust. We stay accurate and allow our workforce to create amazing work while enjoying a good work/life balance.”

And, while audiences continue to expect great visuals in everything they watch, shows like The Outsider heavily depend upon the highest level of VFX production, which is needed to transport viewers into the world of believable make-believe. Supervisors like Heller, as well as studios like FuseFX, are always pushing the envelope in visual effects artistry, driven both by creative passion as well as the high-pressure requirements of their entertainment clients. But their collective experience and ability to simplify the process while making cost-effective creative decisions is what makes their work on shows like The Outsider so important. And effective. “Our industry is ever-evolving both creatively and technically,” Heller concludes. “Keeping on top of new techniques and ideas, while knowing how to utilize those that are appropriate for productions, is the challenge. Sorry for the cliché, but it’s true. With that in mind, I try not to forget that the most important thing to bring to the table is confidence born from experience and keeping it simple is always a great place to start.”