Emmy Award-winning VFX house gives a behind-the-scenes glimpse into how they brought Episode 1’s shocking removal of one of Arya’s ‘many faces’ to life. 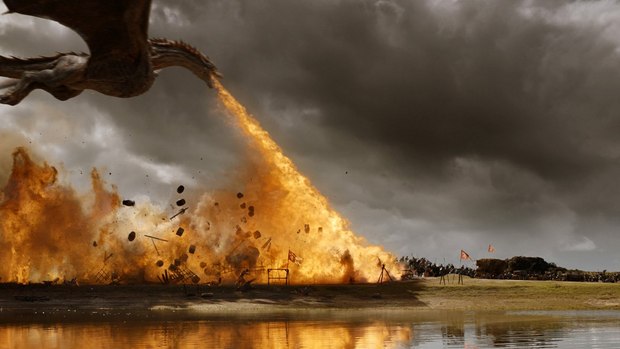 Emmy Award-winning VFX house Zoic Studios has released a reel of some of its best VFX work for Season 7 of HBO’s cult favorite Game of Thrones.

The reel gives a behind-the-scenes glimpse into how they brought Episode 1’s shocking removal of one of Arya’s “many faces” to life, showing the magic behind the reveal of the vengeful Stark’s impostering Walder Frey (much to the literal demise of his entire house). The work, which was led by Zoic VFX supervisor Mat Krentz, also encompassed expanding environments to deliver the immensity and natural beauty of Westeros, including the sweeping snowscapes of Winterfell. Zoic also created expansive grand halls, grandeur of the Citadel library, and gaping caves beneath Dragonstone.

Zoic brought some of its signature gore effects to the table (seen in True Blood, among others) to show the disgustingly decrepit face of Ser Gregor in the season finale as well as ample carnage from some of the key battles of the season.

Launched in 2002 Zoic Studios is the VFX house behind a number of top series, including Once Upon a Time, Arrow, A Series of Unfortunate Events, Marvel’s The Defenders and Iron Fist, Man in the High Castle, The 100, Homeland, Firefly, Buffy the Vampire Slayer, and many more.