Pinnacle Advertising, Fancy Content, and Zoic Studios team up to save a car interior from ruin. 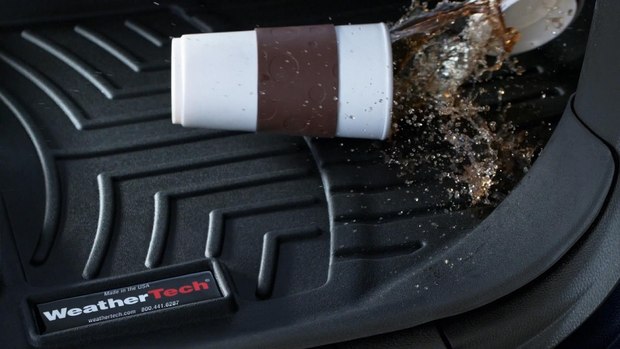 CULVER CITY -- Zoic Studios teamed up with Pinnacle Advertising and Fancy Content to deliver an action-packed escapade to save a car interior from disaster and ruin in the new Super Bowl LI spot “Tech Team“ for WeatherTech. The spot unveils a behind-the-scenes surveillance team going to meticulous lengths to prevent a spill from leaving permanent damage when a driver loses grip of his coffee on a bumpy road.

The spot sought to translate the pride associated with “Made in America” into its visual equivalent, something exciting, but mostly, something just plain fun.

The Zoic Team, led by VFX Supervisor Julien Brami oversaw the creation of the spot from inception, collaborating with Fancy Content director Brent Jones from the genesis of the idea, through previs, to shoot supervision, and final VFX and finishing.

The team started with the creation of a technical previs, extensively planning out the filming of the stunt work and camera moves to ensure that all of the elements would sync in post. On set, Brami balanced the needs of both the live action and post teams. He advised the director throughout the shoot, ensuring the proper footage was captured for the Zoic post team in order to usher the spot into a smooth post-production workflow that satisfied the needs / VFX requests from both the director and agency.

Utilizing AE for all of the UI interfaces, Maya for animation and lighting of the rockslide, and Nuke for rig-removal, paintwork, and comp, the project eased into a final flame finish with time to spare.