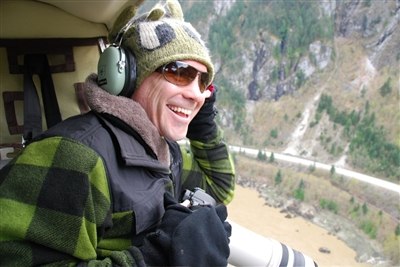 Culver City-based visual effects house Zoic Studios has signed veteran VFX Supervisor Todd Shifflett. Coming to Zoic with over 20 years of experience from Rhythm & Hues, he has collaborated with numerous award-winning directors including Spike Lee, George Miller, Drew Goddard, Paul Weitz, Gary Winick and Rupert Sanders. His ardor for taking a critical and explorative approach to his work can be seen in such films as the Academy Award-winning Best Animated Feature Film Happy Feet, Charlotte’s Web, Alvin and the Chipmunks, Little Fockers, Cabin in the Woods, and the Academy Award nominated film for Best Achievement in Visual Effects, Snow White and the Huntsman.

Notes Shifflett, “The people at Zoic are genuinely passionate about what they do and are excited to be involved as a team. I’m thrilled to join a company that constantly strives to push the creative envelope on superior quality visuals.” Adds Zoic Co-Founder/Executive Creative Director Chris Jones, “Todd has an amazing body of work under his belt and we’re so excited to work with him. He brings to the table a fresh level of enthusiasm and experience that will elevate the teams in both our Los Angeles and Vancouver offices. We’re thrilled to be working with him and be partners in the next chapter of his career.”

After earning a BFA from New York University, Shifflett began his career as a Technical Director at R/GA, working on a number of commercial projects before seeking sunnier skies in Los Angeles. He came on board with Rhythm & Hues, initially working on commercial projects for Coca-Cola and other brands before diving into feature films. In his time there, he worked on a wide range of feature films spanning the genres of live-action talking animals, action-packed adventures and fantastical journeys.