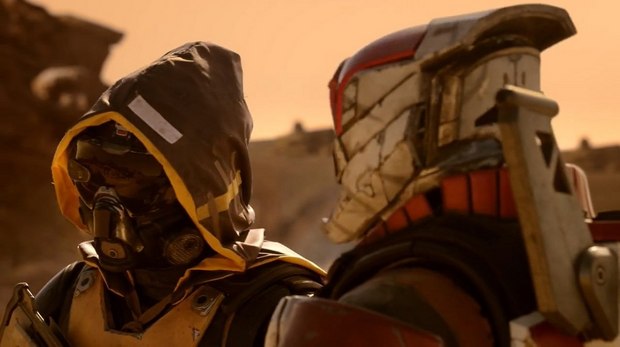 Zoic Studios was tapped to place two live action actors into three iconic PlayStation 4 games. In sixty octane-fueled seconds, these two friends travel from a casual basketball game on a Venice Beach court into NBA2K15 (2K), where they face off against game characters Kevin Durant and James Harden. Barely recovered, the world around them collapses and they descend into Kyrat, the world of Far Cry 4 (Ubisoft). Racing each other on rugged ATV’s with enemy soldiers and angry elephants on their tails, they end up on a beach, only to “transmat” into the world of Destiny (Activision/Bungie). Their exploration of Martian landscape is violently halted when blasted off their sparrows by a Vex Minotaur. At this moment the rivals realize they need each other to vanquish the enemy -- and they march into battle against the Vex army.

To create the sixty seconds of visual effects, Zoic relied on close collaboration with Sony and the development teams behind the three games. This entailed scrupulous study of the original games, and arduous assimilation into the real world milieu. To recreate the feel of these games authentically, Zoic went to great lengths to deconstruct and understand the games under the hood. The team parsed through all source elements to determine which ones were created by hand and which were rendered dynamically from the game engine -- an important delineation when replicating the shaders.

“Often game engines use screen-space post-effects to achieve certain looks -- depth-of-field, motion-blur -- and we made a conscious effort to mimic these approaches to maintain fidelity,” said VFX Supervisor Paulus Bannink.

What makes these spots so epic is the merging of three disparate game fantasies with unique aesthetics into one world.  Visually, of course, this was the biggest challenge to overcome: how to seamlessly blend the game aesthetics together, while remaining individually true to each game.