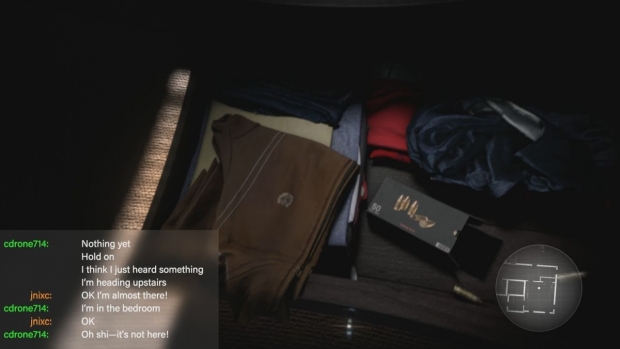 Emmy Award-winning entertainment company Zoic Studios has shared with AWN a powerful new PSA, No Extra Life, they produced for the Ad Council and Brady. The spot, produced with McKinney, drops viewers into a first-person shooter video game; the spot follows the heart-racing experience of someone frantically racing through a home trying to find a loved one, only to discover an unsecured gun is missing from a drawer. The spot’s message is loud and clear: in gun suicides, unlike in video games, there is no extra life.

Produced using visual elements of the very genre often accused of desensitizing us to gun violence, the PSA delivers a poignant, stark, and sobering reminder that safe gun storage can help delay someone’s access to a gun by even a few moments, giving them a second chance at life. The PSA is a continuation of The Ad Council and Brady’s End Family Fire campaign originally launched in 2018 to highlight the importance of safe gun storage in the home and to introduce the term “family fire,” giving a name to any shooting that involves an improperly stored or misused gun found in the home.

In the creative directive, Zoic was tasked with designing a video game environment that would convey to the viewer the perspective of first person P.O.V. gameplay on a Triple A Game, with action that drew them into the experience before revealing an end result that is anything but a game.

The studio’s team built the original cinematic CG game renderings to resemble those found in modern Triple A titles, with a meticulous eye towards art direction to infuse the video game experience with the comforts and familiarity of a home. The fully CG PSA, directed by Chris Jones, was made using Maya, Nuke, and Flame, and took 7 ½ weeks to produce from start to delivery. It draws on Zoic's extensive experience crafting compelling trailers with dynamic storytelling for top game publishers including PlayStation, Ubisoft, and Capcom. Client: The Ad Council and Brady