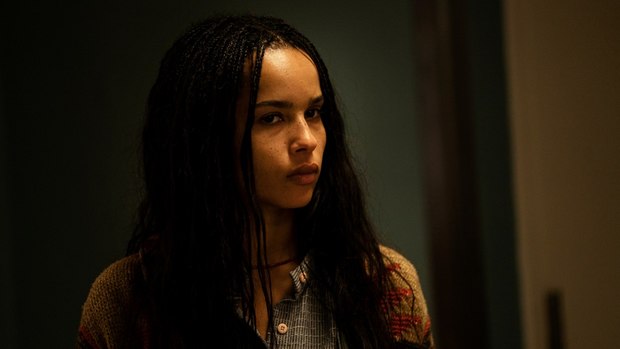 We’re freaking meow-t! Our favorite empowered female villain-turned-anti-hero, Catwoman/Selina Kyle, will be portrayed by Zoe Kravitz (Big Little Lies, Fantastic Beasts) in the upcoming Warner Brothers / DC Comics Batman installment of The Batman. Zoe will fight alongside Robert Pattinson (Twilight, Good Time), our shiny new Batman/Bruce Wayne. Zoe’s journey to Catwoman, however, was not a warm and fuzzy one. Kravitz stated in a 2015 Nylon magazine interview that she couldn’t audition for The Dark Knight Rises in 2012 because she was too “urban.”  However, she has clawed her way to the top with support from her stepfather, Aquaman star Jason Momoa, and previous Catwoman Anne Hathaway. In a purrrfectly triumphant victory, Kravitz beat out Zazie Beetz (Deadpool 2, Joker), Alicia Vikander (Tomb Raider) and Eiza Gonzalez (Baby Driver) for the coveted role.

Catwoman is a groundbreaking comic book female badass due to both her physical versatility and timeless charm. From Eartha Kitt all the way up to Anne Hathaway, actresses taking on the role of Selina Kyle have been accepted and adored no matter their body shape or skin tone. We are excited to see what Zoe will add to the impressive roster of fantastic vixens who have played her in the past. We’re crossing our fingers for more Pfeiffer, less Berry.

The Batman will focus on the early stages of Bruce Wayne’s transformation into the Caped Crusader. Pre-production is already underway, with filming to start January 2020. Slated for a June 25, 2021 release, the film is being directed by Matt Reeves and produced by Dylan Clark.