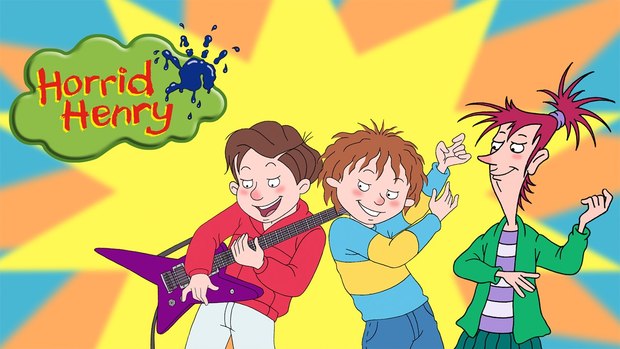 LONDON -- Banijay Group’s Zodiak Kids has secured the international distribution rights to the fifth (42 x 11’) series of Horrid Henry. The business, which launched the new run at MIPCOM, already represents all previous seasons of the animation hit.

The new series of Horrid Henry is currently in production and will be broadcast on Nicktoons in 2019. A total of 250 episodes are now available, making Horrid Henry one of the largest animated shows in the U.K. New sales for the brand include MBC (Middle East), Alati International (Russia), and Atlantic Digital Networks (Canada). Renewals include Turner Broadcasting System (Asia), Mediacorp (Singapore), POP TV (Slovenia), E-Vision (Middle East), Asiana (Korea) and Netflix (France, US, Canada, Australia and New Zealand).

Three-time BAFTA-nominated Horrid Henry is an animated series following Henry and his constant complaints that life just is not fair! The self-appointed leader of the Purple Hand Gang, Henry is determined to protest about the tyranny of adults and will stop at nothing to outwit the enemy. Teachers, relatives and babysitters avoid him at all costs and even his Mum and Dad argue over whose turn it is to look after him. The television series is based on characters created by author Francesca Simon and has been produced by Novel since 2006.

Julia Rowlands, VP Sales, Acquisitions and Co-Productions, Zodiak Kids said: “Horrid Henry is an incredibly important brand for Zodiak Kids and it is great to be further building on the existing catalogue with a new series at MIPCOM. The continued success of Horrid Henry in the UK and internationally is proof of the quality and longevity of the brand.”