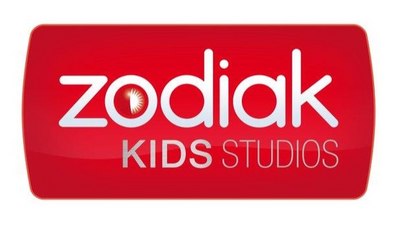 Zodiak Kids CEO Jean-Philippe Randisi will now oversee Zodiak Kids Studios with the departure of current CEO Michael Carrington to ABC Children’s as Head of Children’s and Education. Reporting into him is Gwen Hughes in the new role of Chief Operating Officer (COO), Zodiak Kids Studios. Her previous remit was Managing Director Zodiak Kids Studios (U.K.). Hughes will oversee all production and operational matters across the U.K. and France. The transition will take place later this year. “It has been a real pleasure and a privilege to work with Michael,” Randisi commented upon making the announcement. A great deal has been achieved since he joined, making Zodiak Kids a more efficient and forward-looking kids specialist with international clout. Gwen Hughes will help us write the next chapter and take a global key position as COO of Zodiak Kids Studios. With Gwen on the operational side and Eryk Casemiro on the creative side, we have very capable hands and brains to ensure Zodiak Kids’ success.”

This year has seen several new Zodiak Kids Studios series go into production and launch such as kids interactive drama The Secret Life of Boys (CBBC/ABC), Floogals(Sprout) which has become the #1 show on the US network, Mister Maker’s Arty Party(CBeebies) the new series for the hit arts & crafts brand, second series of animated equestrian adventure The Ranch (TF1/Kika) and tween drama The Lodge (Disney EMEA). Recent major series pick-ups include Magiki, the new commission for Lagardère’s Gulli in France and DeAgostini’s Super in Italy, and Lilybuds, a new CGI animation for FTV.