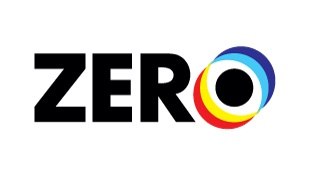 LOS ANGELES -- Visual effects and creative studio Zero VFX has opened a brand-new West Coast operation. The new 5,000-square-foot office in Venice Beach, California, expands on ZERO’s long-term Boston headquarters and marks a substantial bi-coastal scaling of operations in both the feature film and commercial markets. The move and additional staffing in the Boston office effectively doubles the company size from 40 to 80+ employees.

Zero has achieved great success in both the feature film, television, and commercial markets, having recently executed three projects with Netflix Originals in less than a year and delivered work on high-profile film projects including The Equalizer, Southpaw and Black Mass. Several more high-profile projects are currently in the works. Zero’s commercial credentials include work for leading brands including Toyota, Jack Daniel’s, New Balance and more. The Venice Beach office was partly chosen due to its prime location for the support of further high-end commercial work.

The company is renowned for its deep creative and technical problem solving and close involvement in projects. Zero is led by its two co-founders, industry veterans Brian Drewes (Head of Production) and Sean Devereaux (Creative Director).

“This is a really exciting time of growth for us, and we are looking forward to offering our clients even greater service with the opening of our second location in LA,” commented Drewes. “This office opening represents a clear extension of the quality, photo-real visual effects work we have been creating in the feature film market, which continues to be an exciting and key part of our business, while also driving the commercial work we do alongside talented agencies and brands. We don’t silo feature film work and commercials into divisions, one supports and augments the other. Our Venice Beach office will strengthen our ability to serve our valued commercials clients with quality, creatively-driven effects work, while also enhancing the work we do in feature films.”

Added Devereaux, “This expansion is part of our continued, organic growth, diversifying our team and allowing a large pool of artists and producers to be cast for each show and commercial project as it comes through. We are building technology that allows both locations to work together as a single studio that can share work, ideas, and creative direction.”

Zero prides itself on bridging the gap between cutting-edge technology and creativity. In August 2014 Zero sold its commercial cloud rendering solution, ZYNC Render to Google for an undisclosed sum. The technology, which was developed from the company’s proprietary solution, was used to render effects in movies like Star Trek: Into Darkness and Looper.

Google has since integrated the solution into its own Google Cloud Platform media solutions offering, helping the masses to render their creations without the constraints of mass on-site infrastructure.