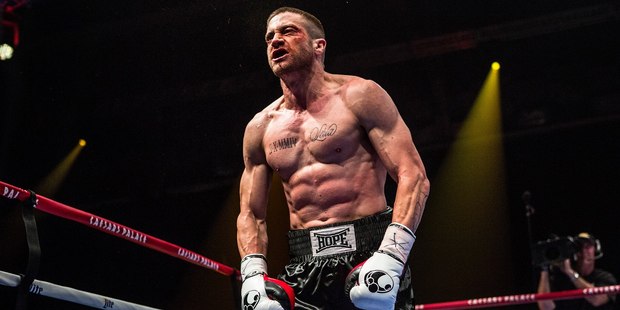 VENICE, CA -- Visual effects and creative studio ZERO VFX has released its action-packed Southpaw breakdown reel, revealing the meticulous work that went into bringing the Jake Gyllenhaal-starring boxing epic to life. Antoine Fuqua’s Southpaw doesn’t pull its punches. From the get-go viewers are thrust into a vision of the boxing high-life that’s as gritty as it is glamorous, the mansions and luxury cars juxtaposed with violence, loss, and inner turmoil.

For Jake Gyllenhaal’s Billy “The Great” Hope, boxing is more than just a sport, it’s a release for the inner demons that he must overcome to win back custody of his estranged daughter. The fights he engages in are unflinchingly authentic, each punch powered by a lifetime’s worth of pain.

As such, Fuqua wanted nothing less than absolute reality, a boxing flick that transcended the usual underdog-overcomes-adversity-to-become-champion tale, and one that presented the sport as a real, raw release, causing the audience to feel every jab and hook as if they were right there in the ring.

With reality the name of the game in Southpaw, the boxing choreography wasn’t set up shot-by-shot, but rather round-by-round.

“The production shot three rounds at a time, using 15 different cameras,” began Sean Devereaux, Southpaw’s VFX Supervisor, and one of the people responsible for ensuring the VFX was properly prepared for on-set. “The actors would do a round, go and sit in their corners, do the lines they had to do, then get back up and keep boxing, all while the cameras continued to roll. We weren’t working with specifically designed shots, where we stop the action to cut to inserts or cutaways for cool punches. It was all in real-time.”

The benefit of filming each of Southpaw’s bouts in this style was that it allowed Fuqua to communicate the visceral nature of the fights and the emotional arc of the characters. The actors didn’t need to pretend they were tired, they were tired, and this became the foundation of their performances.

“We knew the production was going to shoot three rounds at a time, so it was up us to work with the filmmakers to determine how to design the most flexible system we could,” recalled Devereaux. “It made things more challenging, for sure, but we never want to limit the director in their ability to shoot the way they want to.”

Not a single blue or green screen was put up for Southpaw due to the nature of this shoot, meaning Fuqua was not limited to any specific angle. However, ZERO did use highly detailed LiDAR scans and set survey data to compensate for the lack of tracking markers and shaky, hand-held camera movement.

“We did everything in those big takes,” stated Devereaux. “It made putting the crowds into the background, although quite typical in VFX these days, more challenging, because we couldn’t control any of that structure on set. That meant a lot more work needed to be done on the extensions than anticipated. Nevertheless, this approach to visual effects meant that Fuqua could shoot the film exactly the way he wanted to, while still delivering all of the final impact. The VFX supported the concept of the film, rather than defining it.”

It wasn’t just the real-time rounds that gave Southpaw its intensity. ZERO’s visual effects help bring another element of realism to the fore.

“Every single punch in Southpaw is connected,” revealed Devereaux of the film’s intense boxing. “There’s not a single near miss where the sound effects do the work. Every punch thrown that is supposed to connect with the other fighter makes contact with their face, warps it, and spit and blood are ejected. That’s every single punch, there’s not one that misses unintentionally over the film’s 35 minutes of boxing.”

This impactful result was achieved using a variety of different techniques, from 2D paint work and warping, using which ZERO would extend a boxer’s arm, bend their glove upon impact, and warp the recipient's jaw, all the way up to full CG replacements of gloves and arms.

“We would sometimes completely move a boxer, taking them out of the frame, or move them closer to their opponent because they were too far away,” explained Devereaux. “We also had to do a lot of head adjustments, if you get hit by a jab in professional boxing, the head barely moves, but sometimes the actor in question would react slightly too much. We had to limit the movement so it looked a little more realistic.”

It wasn’t just the bouts that had to look real, but the environments in which they occurred. That meant taking a small, simple arena surrounded by shadow, and turning it into two of the most captivating and prestigious sporting arenas in the world, Madison Square Garden and Caesar’s Palace.

“The fights in Southpaw were originally filmed in a very small arena; we had to then create the stadiums in CG and fill them with crowds,” said ZERO’s visual effects producer Brian Drewes. “The stadiums were full CG builds, right up into the rafters and the luxury boxes. We also created the crowds, the lighting, everything that you see outside of that central ring.”

These hand-built stadiums were created using the aforementioned LiDAR scans and photography reference of the actual locations, allowing the ZERO team to map their extensions with absolute precision. It was then a case of combining 2D and 3D systems to meticulously add crowds into each level of the stadium.

“That’s prevalent for many, many minutes of the film,” said Drewes. “We didn’t attempt to escape from any of that, we built it all by hand.”

Despite the challenges inherent in working in such an authentic, realistic manner, the final results are there to see on screen. Southpaw’s intense bouts of boxing feel intensely real, and few would suggest that they weren’t filmed either on location within the world-famous stadiums, or if not that, then a physical facsimile built on a sound stage.

“That was really the goal, and what the director wanted,” said Devereaux. “It was all about making it genuine, making it real. We weren’t trying to make Southpaw more violent by adding big movement to the punches, it had to feel like a real boxing match”

“Yes, that’s a challenge, because we couldn’t get away with the usual VFX band aids that you have, like cutting to spectators, or a slow motion shot, it was all there in the moment,” Devereaux concluded. “Nevertheless, the final film is all the more believable and impactful, and the director’s vision was maintained, all because of that extra work that we poured in during post.

“That’s the core to invisible VFX at ZERO.”