Animation studio Zeitguised redefines the conception of all things aviary with a new short, Birds. 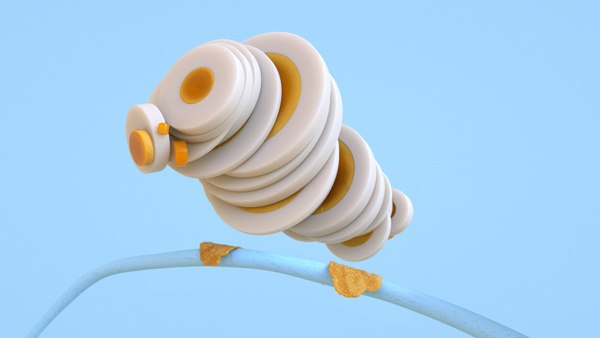 Berlin-based animation studio Zeitguised redefines the conception of all things aviary with a new short, Birds.

Animated primarily by Matt Frodsham, Birds is a lighthearted essay on contextualized characters, with reconstruction following deconstruction. The animated short “seizes the essence of the tiny winged creatures and camouflages it beneath surreal extrapolations of everyday objects,” according to Vice’s The Creators Project. Each bird is animated with a pair of feet on which to hop about energetically, but one is made of flower petals, one is made of sliced eggs and corn flakes, and one is literally a birdhouse.

Zeitguised describes itself as “the irregular twin of Zeitgeist Imagineering: high gloss art school 3D punk that blends complex geometries, surreal objects, artificial behaviors and the recycling of digital readymades into a distinct hallucinatory narration style,” according to their about page.

Check out some stills from Birds, and watch the short in its entirety, below: