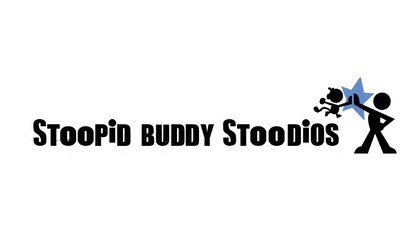 Zeb Wells is an Emmy and Annie Award winning writer and actor known for his work at Marvel Comics, as well as for his work on Robot Chicken, including the Emmy-nominated Robot Chicken: Star Wars Episode II. He is the co-creator of Crackel’s SuperMansion and currently penning a live-action/CG hybrid feature for Sony/Ubisoft based on the Rabbids property. Wells will identify, pursue and create content that will contribute to the company’s growing, and diverse, slate of projects and also spearhead co-production opportunities with studios, networks and brands. Wells has written numerous titles like “Heroes for Hire” and “Civil War: Young Avengers/Runaways” and various “Spider-Man” titles. He previously had an exclusive contract with Marvel where he wrote “Venom: Dark Origin,” telling the origin of Eddie Brock, and the Symbiote, as well as the “Dark Reign: Elektra” tie-in series. He wrote twenty of the first twenty-one issues of the third volume of “New Mutants,” a series he launched with artist Diogenes Neves, including the crossover with Necrosha. Wells launched the series “Avenging Spider-Man” with artist Joe Madureira and also wrote two “Carnage” miniseries – “Carnage: Family Feud” and “Carnage: U.S.A” - both with artist Clayton Crain.

Elizabeth Porter brings over fifteen years of experience in creative development and production, overseeing scripted, animated and unscripted properties and materials for multiplatform outlets. Porter most recently served as Executive Vice President of Development at Reality Television where she led the transformation from unscripted to scripted programming by overseeing content development of series, pilots and presentations. At Reality Television, she shared oversight of their alternative unscripted development slate with upwards of 50 simultaneous projects in various stages of development including Lifetime’s Kim of Queens and Food Network’s Guy’s Grocery Games. Prior to Reality Television, Porter was Senior Vice President of Development and Special Productions at Comedy Central, leading a bi-coastal staff charged with expanding specials and event programming. While at Comedy Central, Porter oversaw the incubation and launch of CC360 talent deals to secure exclusivity in stand-up, scripted and unscripted development, CD and DVD presence in the market, and spearheaded the creation of successful annual events including “A Night of Too Many Stars” with Jon Stewart and Robert Smigel; and “Last Laugh” with Lewis Black, Patton Oswalt, and Greg Giraldo.

Porter is credited with revitalizing popular Roast franchise, securing ratings and generating talent including Seth MacFarlane (in his first on air role), David Hasselhoff, and Donald Trump. Under her watch, Comedy Central’s Roast series secured its first (and only) Emmy nomination for the Roast of William Shatner.

Porter started at Comedy Central as Vice President of Talent Development and Special Production before being promoted. Before joining Comedy Central, Porter was Vice President of Alternative Programming at USA Network where she built key strategic content partnerships and developed and produced the only alternative series to return to a second season with Nashville Star, Cannonball Run, and House Wars.

Before USA Network, Porter worked in television production at a variety of production companies and broadcasters across a wide variety of TV formats including talk, sketch, game and documentary, In this capacity, she worked with talent including Jimmy Kimmel and Adam Carolla (THE MAN SHOW - 2 seasons), Martin Short (JIMINY GLICK - 2 seasons, as well as his Emmy Nominated King World talk/sketch show) Howie Mandel, (Paramount syndicated talk format) and Quincy Jones (VIBE).

Porter started her career as on online producer for The Oprah Winfrey Show. She has a B.A. in Journalism from the University of Wisconsin at Madison.

Commenting on the hiring of Wells and Porter, Stoopid Buddy Stoodios Co-founders Seth Green, John Harvatine IV, Matthew Senreich and Eric Towner said, “Having worked with Zeb for all these years, we’re beyond excited to have him take a more involved and important role at this studio. Zeb is a creator at heart and that’s what drives our studio. The creativity that is cultivated and applied in development stages of projects necessitates a like-minded, boundary-ignoring executive like Elizabeth to spearhead these efforts, curate work and bring new ideas to fruition. We couldn’t be happier to welcome Elizabeth to the Stoopid Buddy family.”