Zack Snyder’s ‘Justice League’ is Longer but Not Necessarily Better

Snyder’s niche directorial style may not be for everyone, but overall, his additions to the original film seem successful, if not a tad excessive, resulting in a longer-than-desirable runtime. 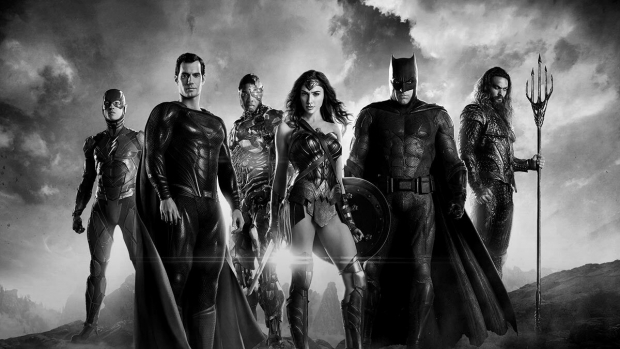 Reviews are rolling in for the Justice League Snyder Cut, and many speak with a similar sentiment: “more of the same” combined with a laborious runtime seem to be the film’s kryptonite. Snyder originally had to step away from the DCEU team-up film due to family tragedy, and the project was handed to Joss Whedon. When Whedon’s version was widely considered a flop, Snyder stepped back up to the plate to give the film some justice. Fans will soon be able to view the much-hyped Snyder Cut, projected as the saving grace of the franchise; unfortunately, it seems the four-hour-long HBO Max offering may not meet those expectations.

Many reviews can be summed up by the words of Entertainment Weekly’s Darren Franich: “Zack Snyder's Justice League is just as bad and twice as long.” Ouch. Despite the director’s greatest efforts, which included reshoots and additional plot points, it seems the result falls just as short as the original. Franich goes on to explain, “Everything takes forever to go nowhere.” Perhaps the film doesn’t need a runtime of three films combined?

The Hollywood Reporter’s John DeFore joins the chorus of critics, stating, “the movie's soul, such as it is, remains unimproved, and at 242 minutes, very few of them offering much pleasure, it's nearly unendurable as a single-sitting experience." The Los Angeles Times’ Justin Chang claims that while he may respect Snyder’s version more, that “doesn’t mean it’s the one I prefer. … The two-hour Justice League was, for all its baggage, a watchable exercise in damage control, with welcome moments of levity that cut through the murky torpor of Snyder’s storytelling."

On a more positive note, Slate's Karen Han offers, “Four hours might seem unnecessarily long, but in this case, it allows for time to see these characters when they aren’t superheroes, and makes them more human as a result." Of Snyder’s distinctive directing style, Han explains, “A movie with a clear director’s touch is more compelling than a movie that’s been made by committee.” Empire magazine’s Amon Warmann adds, “Unsurprisingly, not all of the added material in this four-hour, seven-chapter film is effective," but “for the most part, it’s for the better."

Bottom line? Snyder’s style of storytelling seems to be niche and ultimately enjoyable for fans that like over-the-top machismo. Cutting down on the runtime might have pleased the critics, but overall, the additions seemed successful, if not a tad excessive. If you already enjoy Snyder’s work, and you’re a fan of the DC universe, you’ll most likely marathon the film with glee.