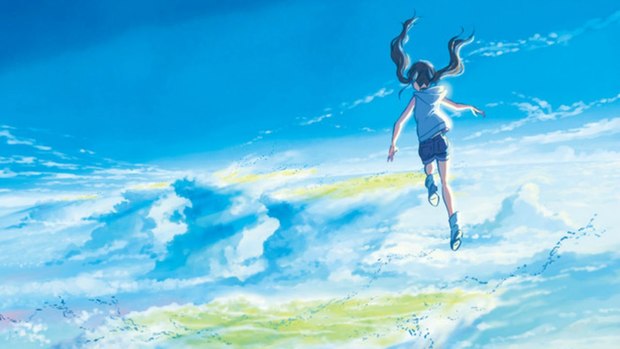 CoMix Wave Films has announced that Makoto Shinkai, the director of the 2016 blockbuster Japanese animated feature Your Name, will write and direct a new film called Weather Child: Weathering with You (Tenki no Ko: Weathering With You).

Weather Child: Weathering with You follows a high school student named Hodaka, who moves from a small island to Tokyo and finds himself working for a shady occult magazine to make ends meet. While working there he meets a young woman named Hina who seems to have the power to control the weather.

Weather Child will be produced by Story Inc., animated by CoMix Wave Films, and distributed by Toho. Your Name character designer Masayoshi Tanaka will return to work on the new film, joined by animation director Atsushi Tamura and art director Hiroshi Takiguchi.

Your Name is currently being adapted into a live-action film by J.J. Abrams, with Arrival screenwriter Eric Heisserer handling the script, which will reportedly have an Americanized viewpoint. The anime feature earned upwards of $357.9 million globally, making it the biggest Japanese film in history. That includes a domestic tally of $235 million, which pushed Your Name to rank as the second-highest grossing domestic film ever in its home market -- behind only Hayao Miyazaki’s Spirited Away.

Weather Child: Weathering With You is set to open in Japan on July 19, 2019, to be followed by an international release in Asia, Europe, North and South America.

In the meantime, there’s still J.J. Abram’s forthcoming live-action adaptation of Your Name, which was first announced in September 2017.