‘Your Name’ Becomes Third-Highest-Grossing Japanese Film of All Time 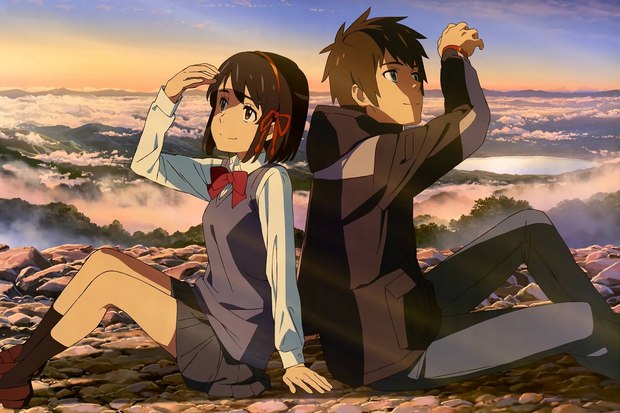 Director Makoto Shinkai’s hit anime feature Your Name (Kimi no Na wa) has become the third-highest-grossing Japanese film of all time, according to a report by The Hollywood Reporter. Produced by CoMix Wave, the film has earned a whopping $196 million at the domestic box office, surpassing Studio Ghibli’s Princess Mononoke to become the third-highest-grossing film of all time behind Hayao Miyazaki’s Howl’s Moving Castle ($190 million) and Spirited Away ($300 million).

Topping the box office for 12 of its 14 weeks in theaters since its August 26 release, Your Name is the first anime feature outside of Studio Ghibli to gross more than $100 million in Japan. Now the sixth-highest box-office earner in Japan -- imported or domestic -- the film is reportedly on track to overtake Harry Potter and the Sorcerer’s Stone, which brought in $200 million in 2001, to put it at fourth on the all-time list behind Spirited Away, Titanic and Frozen.

Garnering a nomination in the newly-created Independent Animated Feature category for the 44th Annual Annie Awards, Your Name is currently on the Oscar consideration list in the Best Animated Feature category that will be voted on for the 89th annual Academy Awards. The film had its world premiere at the Los Angeles Anime Expo on July 3, and is set to be released in international territories, including the U.S., where it is being distributed by FUNimation, on Friday.