Best-known for his work as animation director alongside Jack Stokes on the groundbreaking animated feature, ‘Yellow Submarine,’ Balser also directed the “Den” sequence in ‘Heavy Metal.’ 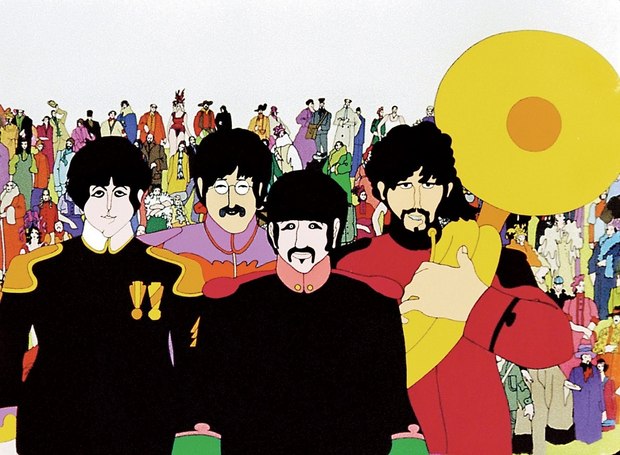 Very sad news for fans of classic animation. AWN has learned that Robert Balser, the animation director for The Beatles’ 1968 feature, Yellow Submarine, has died at the age of 88. According to his widow, Cima Balser, Bob -- as he was known to friends and colleagues -- was hospitalized at Cedars Sinai in Los Angeles with respiratory failure in mid-December, and passed away due to complications on January 4th.

With a career spanning more than 50 years, Balser was perhaps best-known for his work as animation director alongside Jack Stokes on the groundbreaking animated feature, Yellow Submarine. One of the few American artists on the Yellow Submarine team, Balser directed and storyboarded all the scenes that were pre- and post- Pepperland, including Liverpool, the travel sequences through the various seas, and the return.

Though Yellow Submarine was Balser’s first feature-length film, he had previously worked on a number of award-winning commercials. Most notable among his early achievements is his work with revolutionary graphic designer Saul Bass on the innovative (and nearly seven-minute long) animated title sequence for the 1956 film Around the World in 80 Days. Balser also directed El Sombrero, or The Hat as it was known in English, in 1964 for Spanish production company Estudios Moro. Written and designed by Alan Shean, the short film follows the story of a social outcast and his troubles with a talking hat, symbolizing his inability to master a status symbol:

After Yellow Submarine, Balser opened his own production company in Barcelona, Spain where he produced TV series such as The Jackson 5, and The Lion, the Witch & the Wardrobe, as well as Peanuts for CBS, Barney for BBC, The Triplets for HBO, and many others. He also directed the “Den” segment on the classic 1981 animated feature, Heavy Metal. In addition to running a production studio and school in Barcelona for decades, Balser also served as a board member for ASIFA International from 1978 through 1994, and helped launch ASIFA-Spain in 1980.

Balser and his wife, Cima, have both been longtime friends of AWN, contributing numerous articles and on-the-ground festival reports over the years, and he will be sincerely missed. Plans for a memorial celebration are currently underway, and friends and well-wishers should save January 15th as an anticipated date. AWN is also busy gathering tributes from Balser’s colleagues from over the years, which will be posted as a separate feature later in the year. Please contact editor@awn.com if you worked with Bob and would like to contribute.