Riki Group’s popular Russian animated series and its spinoff will be available internationally on the Vietnam-based multimedia company’s YouTube channels in English and German. 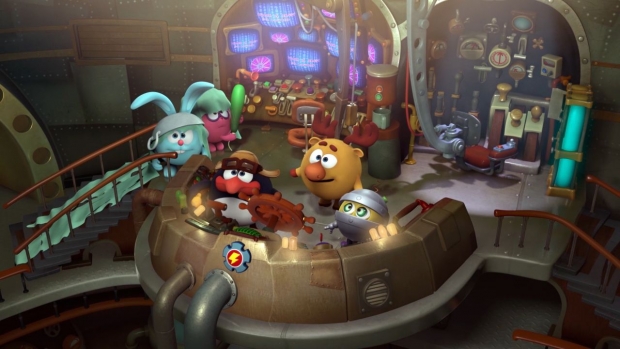 Vietnam-based multimedia company, Yeah1 Group Corporation, has acquired the non-exclusive AVOD rights for the animated series Kikoriki and Pincode produced by The Riki Group. The IPs will be available in English and German languages on the popular kids’ YouTube channels owned and operated by Yeah1 across the globe, excluding Russia and CIS.

The multimedia company has acquired the rights for two seasons of the English version of the 2D animated series Kikoriki (216 episodes) and a third season (52 epsiodes) that were produced in CG. The company also acquired Season 1 of the series in German. Kikoriki, which premiered in 2003, is the longest broadcasted animated TV series in Russia and has been distributed in over 70 countries. Pincode is an edutainment spin-off of the Kikoriki series for kids up to 12 years old and their families. The science adventures project, composed of 104 episodes, encourages children to explore the world of innovations, technology, and discoveries.

The Riki Group, a leader in the Russian animation market, and Yeah1 Group Corporation, a Vietnam-based company engaged in the creation, production, distribution, licensing and marketing of digital motion pictures and music, announced the deal was signed last year.