French studio sets up wide distribution for multiple seasons of both shows throughout the region. 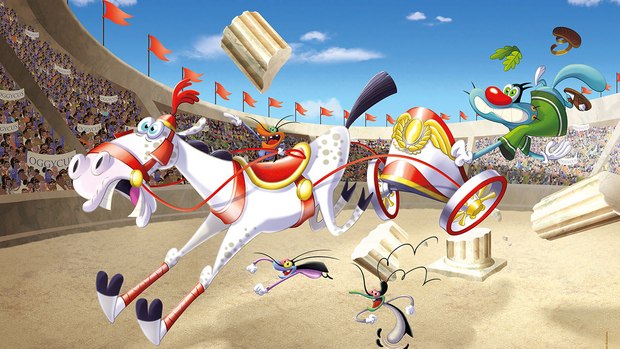 France-based Xilam Animation has signed broadcast deals with networks across Russia and CIS for its hit animated properties Oggy & the Cockroaches and Zig & Sharko.

New broadcast licensees for seasons five, six and seven of Oggy & the Cockroaches include: Ukraine’s PLUSPLUS, Kanal 2 in Estonia and LNK in Lithuania. Seasons three and four of the series have also been sold to VIAPLAY in the Baltics and MTG Viasat for its channel TV3 in Latvia. These acquisitions add to the existing deals for seasons three and four of Oggy & the Cockroaches with PLUSPLUS and Carousel TV in Russia, where the series airs every weekday.

Estonia’s Kanal 2 and Lithuania’s LNK are also on board for season two of Zig & Sharko, while VIAPLAY in the Baltics recently purchased seasons one and two of the series and season one has been sold to TV3 in Latvia. Existing deals in the region include Carousel TV in Russia, which airs season two of the series.

“Russia and the CIS territories are an important part of our international roll out for Oggy & the Cockroaches and Zig & Sharko for both broadcast and consumer products. These latest deals highlight how these properties have both enduring appeal and are poised to win a new generation of fans.”

First aired in 1998, Oggy & the Cockroaches follows the prankish misadventures and confrontations between a chubby cat named Oggy and three pesky roaches. The series is distributed in more than 160 countries around the world and is watched in 600 million homes.

Zig & Sharko follows the comedic chronicles of a hungry hyena’s futile schemes to take a bite out of a beautiful, naive and theoretically delicious mermaid named Marina, who is under the protection of a tough-as-nails shark. The 2D series is created and directed by Olivier Jean-Marie and produced by Marc du Pontavice.