The award-winning French animation production company Xilam has appointed IMC Licensing to represent the brand across Latin America (excluding Mexico), Active Merchandising in Germany and brand4rent will take on the property in Russia. 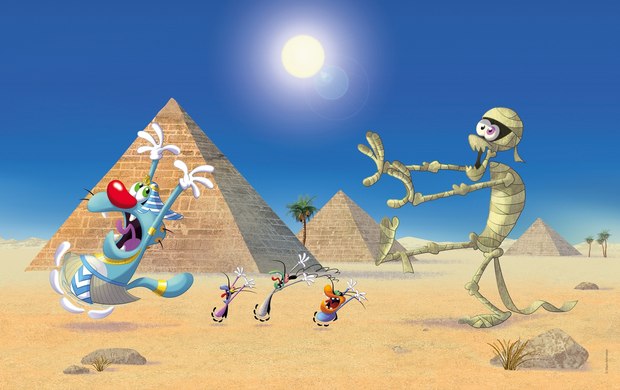 IMC Licensing will represent the brand across Latin America, excluding Mexico. Seasons three, four and five of Oggy & the Cockroaches have all been sold to Cartoon Network Latin America, with season five set to air at the end of the year. Meanwhile, Active Merchandising will represent Oggy & the Cockroaches in Germany and brand4rent will take on the brand in Russia, where seasons three and four of the series air on Carousel this summer.

These new licensing agents aim to bring the Oggy brand to various categories in their respective markets, including toys and games, collectibles, publishing, stationery, back to school and promotional products.

Marie-Laure Marchand, Senior Vice President of Global Licensing at Xilam said: “Oggy & the Cockroaches has enjoyed great success to date and IMC Licensing, Active Merchandising and brand4rent are all ideally placed to capitalize on the momentum of the TV broadcast. We are immensely proud of the show and with everyone’s experience and shared passion for Oggy, we look forward to developing exciting licensing plans for Latin America, Russia and Germany. Our international expansion is a major strategic priority ahead of the launch of the new season five, and having a presence in these major territories will be key in accomplishing this goal locally.”

Xilam has also renewed its partnerships with existing Oggy & the Cockroaches licensing agents, including Empire Licensing in Southeast Asia, Discovery Kids in Italy and Dream Theatre in India. In addition to Cartoon Network Latin America, season five (78 x 7 minutes) is also set to roll out internationally on Gulli in France, Cartoon Network Asia and Africa, K2 and Frisbee in Italy and RTBF and VRT in Benelux.

Oggy & the Cockroaches is distributed in more than 160 countries around the world and is watched in 600 million homes.