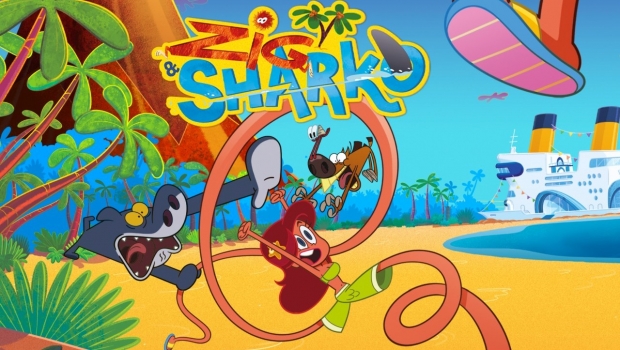 In the series, hungry hyena Zig, whether on the high seas, the beach, or an ocean liner, has one thing in mind-- dining on Marina, the carefree mermaid. With help from Bernie, a genius hermit-crab, he comes up with the zaniest plans to capture her, which are often thwarted by Sharko, the shark with rippling muscles who will do anything to protect his mermaid honey! The new fourth season will surprise audiences as they watch Zig, Sharko, and Bernie make their way back to their island, along with Marina, who fans will see grow her very own legs thanks to magical sandals.

Zig & Sharko continues to generate impressive ratings internationally, particularly in India, where the series helped Nickelodeon become the leading children’s channel in its evening slot, across all demos. In Q2 2022, Zig & Sharko was also Nickelodeon’s fourth best performing series among children aged 2-14 years and outperformed its lead in and lead out shows in all demos in terms of ratings.

Xilam has also established an extensive audience for Zig & Sharko on YouTube, where the series has generated 14.2 billion lifetime views, with 8.4 million daily global views and 26.7 million total subscribers. On social media, the brand now has 1.1 million TikTok followers and 9.3 million views are associated with #zigandsharko, while on Facebook the series was viewed for 727.4 million minutes in 2021.