The French animation studio continues its partnership with Youku on a new season of the popular series about the impetuous wolf-cub Lupin, who dreams of being like his storybook heroes; coming to the streamer and France Télévisions in early 2024. 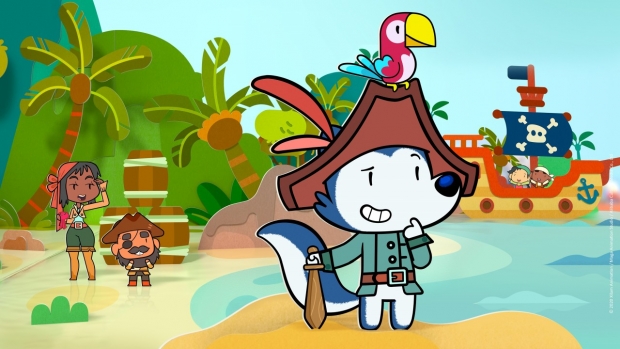 French animation studio Xilam Animation and online video and streaming platform Youku have extended their partnership for a new season of the popular preschool 2D and 3D animated series Lupin’s Tales (78x7’). The series will also be available on France Télévisions (France). Currently in production, the upcoming season is set to launch on Youku and France Télévisions in early 2024.

Xilam has also announced the production of a new series of shorts (26 x 2’30) from the Lupin’s Tales franchise for the broadcasters titled Lupin on a Mission, launching this Christmas.

Xilam Animation and Youku co-produced the first season of Lupin’s Tales, which launched in 2021. Under the existing agreement, the companies collaborate on merchandising for the Chinese and international markets. Alibaba holds distribution and merchandising rights to Lupin’s Tales in mainland China, and Xilam handles the rest of the world.

Lupin’s Tales follows a wolf-cub who dreams of being like the storybook heroes he admires and goes from one tale to another to live out their adventures. But the impetuous Lupin is far from perfect, and it is not always easy for him to get to his “happily ever after” – luckily, he can count on the narrator's help and his good heart to guide him and learn from his mistakes. Season 2 will introduce a new environment as Lupin journeys into space.

Marc du Pontavice, CEO at Xilam Animation, said, “Following our highly successful partnership with Youku on the original season of Lupin’s Tales, which marked our first ever French Chinese co-production project, it’s fantastic to now be building upon this with an all-new season of this beloved show. We’ve seen Lupin’s Tales capture the hearts and imaginations of audiences across China, as demonstrated by its impressive performance results, and all around the world, so we can’t wait to bring fans these new episodes and shorts that promise even more magical adventures.”

Qian Wu, Vice President of Alibaba Digital Media and Entertainment Group and General Manager of Youku Kids, added, “We’re delighted to extend our partnership with Xilam Animation and to bring all new Lupin’s Tales content to Youku and China. The first season has been hugely popular with our audiences who love having the chance to journey into different worlds with the endearing young wolf cub, and we know they’re now going to be really excited to travel around the cosmos in the brand-new episodes.”