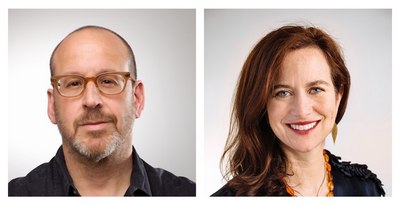 A longtime Angeleno, Kleinman will lead World Famous from its new Los Angeles studio. He will oversee business development nationally, specifically within commercials and long-form creative content, while working with longtime Executive Producer Megan Ball in the Seattle market. He is currently building a national sales team, following the recent deal securing Claire Worch of Claire & Company for the West Coast and Texas.

Meanwhile, Green will oversee creative operations out of the Seattle headquarters, where World Famous remains a fixture in the Northwest market. In her short time with World Famous she has already produced content for Microsoft via Y&RG Seattle, and Coca-Cola via digital agency POSSIBLE, as well as a project with Tag, the cause marketing division of Participant Media, for a large media corporation.

“Having an LA presence is the natural progression for World Famous to expand its creative output to more national brands and entertainment clients,” remarks Tony Fulgham, Partner/Executive Creative Director. “David is exactly the person to help us achieve this goal while Kelly will support it by further nurturing our production and post capacity from our Seattle headquarters.”

From sales and business development to managing talent and projects, Kleinman brings an invaluable, multifaceted production perspective to World Famous. He was most recently Managing Director of Entertainment Marketing at mOcean, where he led the Emmy-winning “Shark Week” campaign, as well as award-winning campaigns for Chiller Network and Food Network. He previously enjoyed six years as Managing Director/EP at Blind Visual Propaganda, producing campaigns for clients such as Honda, Showtime, Walgreens and the Costa Rica Board of Tourism. He won two Creative Arts Emmy Awards at Blind, not to mention the AICP’s top honors for an Audi campaign.

At Lightstorm Entertainment, Kleinman notably worked alongside James Cameron on Avatar (2009). Collaborating closely with the legendary filmmaker and VFX Supervisor Rob Legato, he served as R&D Unit Manager for the visually groundbreaking film.

“Bringing on a professional of David’s caliber was important because we’re primarily known as a Seattle company,” says Alan Nay, World Famous Partner/President. “He brings the gravitas and knowledge that we need to grow and compete nationally.”

With deep experience on the network, agency and vendor side, Green will complement Kleinman's multimedia background. From live-action to massive VFX to hybrid productions, she has managed budgets large and small working in both traditional and digital media. Green’s advertising career took off as a producer at agency Hal Riney & Partners. She continued her career freelance producing high-profile campaigns at several top advertising, design and production houses. She next went on to serve as Senior Producer at Publicis in the West, where she led integrated campaigns for Chevy, Citibank and T-Mobile, among many other national brands. Prior to joining World Famous, she was Executive Producer at The New Blank, a motion design firm which she was instrumental in growing.

“I am thrilled to be a part of a company like World Famous,” remarks Green. “Their incredibly talented roster is driven by a company culture that genuinely celebrates creativity unlike any company I’ve ever known. There’s truly a family feeling here and I look forward to collaborating with David and [Executive Producer] Megan Ball to scale World Famous for the national stage, and to capitalize on all of the opportunities Tony and Alan have set before us.”

Adding to Green's sentiment, Kleinman believes the collaborative culture of World Famous is its number one strength: “As storytellers and filmmakers, first and foremost, we can leverage multiple disciplines while equally prioritizing the aesthetics of design, live action and animation. And because we function as a true collective, there is real equity in our ability to ideate and execute from A to Z. Ultimately, my goal is to translate what Tony and Alan have created in Seattle to Los Angeles.”