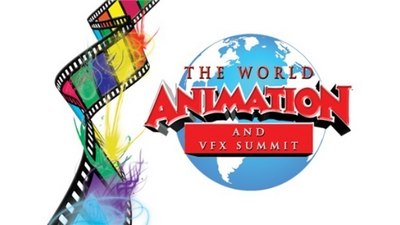 LOS ANGELES -- Animation Magazine's World Animation and VFX Summit has announced the addition of three Master Classes for the Masters, on November 4, at the California Yacht Club, in Marina del Rey.

Michael Hirsh, a sought-after industry executive who is now Chairman of The Entertainment and Media Finance Group (TEAM) and Vice Chairman of DHX Media, will share his insights in a class titled, "World Domination Through Animation."

"It's very important to participate in knowledge sharing opportunities like the World Animation and VFX Summit," Hirsch said. "The speed of change is capturing the animation industry with new business models causing more disruption and buoyancy in business development. I look forward to sharing my business models and many years of practical experiences with you."

Hirsh is a highly accomplished entrepreneur and entertainment executive who co-founded Nelvana Limited in 1971. Nelvana became one of the largest internationally recognized creators and owners of notable family and children's brands and content in the industry. Nelvana was sold to Corus Entertainment in 2000 for $540 million Canadian. In 2004, Hirsh led a consortium that acquired Cinar. It was bought for $190 million (CAD). He then became CEO of the new company which was rebranded Cookie Jar Entertainment. Cookie Jar became one of the world's largest privately held children's entertainment companies.

In 2012, Cookie Jar was acquired by DHX Media and Hirsh became Executive Chairman of DHX Media, where he launched the company's YouTube business and its joint venture with CCTV in China. He also executive produced the reboot of Inspector Gadget, having previously co-produced the original series in 1984.

Hirsh will share his thoughts and global insights on the animation industry's trajectory from a business point of view and touch on brand curation and all the dominant layers within the animation business. He will answer questions related to building a great animation business and also highlight and breakdown all facets of the current period of disintermediation and disruption in the industry.

This Master Class series will also feature Jose San Román of Ilion Animation Studios in Spain. San Román will examine animation as a new asset class in the financial community and focus on issues that most investors and studio executives are unaware of. Currently partnered with Paramount, Ilion has evolved into a multi-production studio, aiming to produce various feature films concurrently to meet the growing global demand for top-quality digital content.

Chuck Williams, President of Marza Animation Planet USA and a Disney Feature Animation veteran will also present on the “Storytelling Process On A Shoe-String Budget.” Williams draws from his extensive experience in producing, editing and writing for big budget features. He will cover specifics of the creative process, from concept to script to cut story reels, the advantages of animation over live action storytelling, and strategies for budgeting, scheduling and managing this process.

The World Animation and VFX Summit's goal is to promote international co-productions and global ventures and offer networking and educational opportunities.

Tickets are available for purchase here.