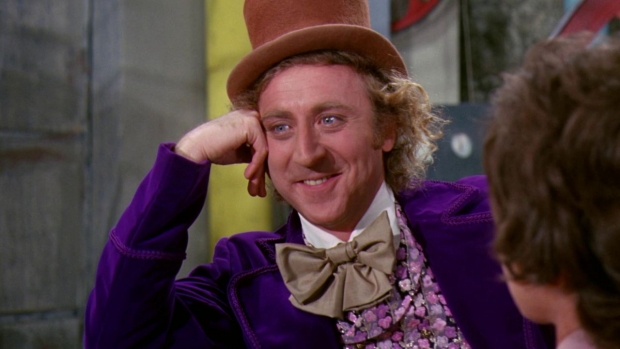 Get ready for a new world of pure imagination; Roald Dahl’s famous books about an eccentric chocolatier, made famous in the 1971 Gene Wilder fantasy, Willy Wonka & the Chocolate Factory, with a sort of 2005 remake by Tim Burton in the Johnny Depp starrer, Charlie and the Chocolate Factory, is getting a prequel. The new Warner Bros. film, Wonka, is being helmed by Paul King (Paddington) and produced by David Heyman (Harry Potter), a dream team for a child-centric story. The studio explains the plot will center around “a young Willy Wonka and his adventures prior to opening the world’s most famous chocolate factory.” Sounds like they’re taking the phrase “like a kid in a candy store” to a whole new level.

While we have known of the prequel since 2016, The Hollywood Reporter recently revealed the film’s scheduled March 17, 2023 release. If that date seems very far away for a film already four years into development, Deadline explains, “It’s early days for this project and it won’t be shooting while UK is in lockdown. The hope is for a September shoot. No casting yet.”

While Wonka represents a fresh take on the franchise, some die-hard Gene Wilder fans have condemned the project on Twitter:

When anyone asks me if I’m going to watch any Willy Wonka movie without Gene Wilder ... pic.twitter.com/TcRDMHwR89

Both of them need to just say no, publicly, saying "no one can ever live up to Gene Wilder and this is unnecessary" and kill the project. Now. https://t.co/BghahGE9Tc

STOP GENE WILDER IS THE ONLY GOOD WONKA AAAAAA https://t.co/MriDLE7uMg

While the fan loyalty is understandable for such an iconic performance, the hate does seem unfair. Even if Wilder were alive, a prequel wouldn’t feature him, as Wonka will be portrayed as a child. This won’t negate or otherwise demean Wilder’s iconic and revered performance, but rather focus on the period that precedes it. We’re all for breathing life into older IP. What do you think? Are you pro Wilder, pro Depp, or pro creative progress?