Women In Animation in the Spotlight at Annecy 2015

Annecy International Animation Film Festival gives ladies top billing in 2015, with great support by WIA on all levels of participation. 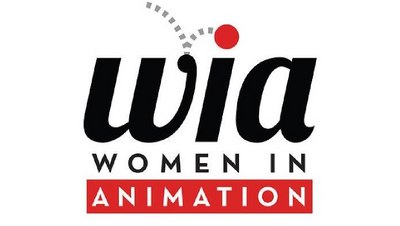 Los Angeles, CA – Women in Animation (WIA), the organization of animation professionals and students who aim to empower and support women in the field of animation, is taking an active role in the 2015 Annecy International Animation Film Festival.

“We were certainly thrilled to learn that this year’s festival would be highlighting the presence of women in our industry, and we wanted to support that effort as much as possible, since it aligns perfectly with our mission,” says WIA Co-President Marge Dean, who will also serve as a member of the all-female International Jury at the festival.

On Tuesday, June 16, WIA Chairperson and Executive Producer of The Little Prince Jinko Gotoh will deliver a keynote address as part of a program entitled “Future of Animation: Combining Viewpoints” from 6:15pm to 7:30pm in La Petite Salle-Bonlieu. The program will be moderated by Peter Debruge of Variety, and other speakers will include Lisa Henson and Francoise Guyonnet. Gotoh’s speech will focus on diversifying the voice in the industry, as she explains, “My first memory of animation was being mesmerized by The Lady & Tramp and Astroboy as a small child in Japan. When I met Osamu Tezuka, the creator of Astroboy, I wanted to do what he did. Unlike 50 years ago, animation now is an exploding global industry. We have an exciting opportunity to diversify the voice. I want children today to experience the magic like I did, and hopefully participate in changing the future landscape, empowering all the untapped talent, especially women.”

On Wednesday, June 17, WIA will host a program aptly titled “Women in Animation” from 10:00am-12:00pm at Verdi A&B, 3rd floor of the Imperial Palace. The presentation and panel discussion will include WIA Advisory Board members Bonnie Arnold, Margie Cohn, Lenora Hume, Julia Pistor and Adina Pitt as well as WIA Co-President Kristy Scanlan and WIA Chairperson Jinko Gotoh, with moderation by Marge Dean.

“This is a great opportunity to meet the women who have made a name for themselves in a largely male-driven industry, to learn from their perspective and experience,” Scanlan says.

“We have been collecting statistics from studios and schools around the world which show that women dominate art schools but then only make up about 20% of the creative work force,” adds Dean. “We will address that ratio and talk about what we’re doing to rectify the situation.”

On Thursday, June18, WIA Advisory Board members Margie Cohn, Julia Pistor and Adina Pitt will participate in a panel discussion entitled “Is There a Recipe for a Successful Girl/Boy TV Series?” from 2:00pm to 4:00pm in Ravel A&B at the Imperial Palace. Producer Natalie Altman will moderate the discussion and Avril Blondelot, Eleanor Coleman and David Michel will round out the pool of panelists.

“The conversation about gender content is also a point of focus for WIA, as we value opportunities to create positive role models for females both on- and off-screen,” notes Pistor.

In an overall effort to create a sense of community among women attending the festival, WIA will launch a WIA pin campaign amongst its membership. Board members will be handing out pins for their members to wear, and “this emblem effort will allow members to look for the pin and find a friend attached, an easy way to break the ice and find fellowship among a sea of attendees,” explains WIA Treasurer Membership Barb Cimity.

WIA will create and distribute a “WIA Picks pamphlet that will list WIA’s recommendations for panels, events, screenings and such. This pamphlet will be included in the bags given to each participant of the festival.  “With so many programs from which to choose at the festival, we want to offer some direction in finding those which highlight some of our members and align closely with our mission,” says WIA Chair of Programming Tracy Campbell.

In between major events at Annecy, WIA will also host more intimate gatherings of its members and supporters via coffee talks, dinner and cocktail party functions. “To further enhance the energy surrounding the female-focused theme of Annecy this year, we will do our best to foster camaraderie among women in our industry at the festival, every way that we can,” adds Dean.