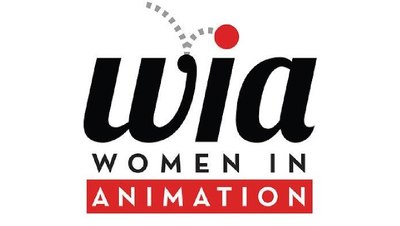 Women in Animation (WIA) has just announced the launch of The WIA Global Fund, recently established to broaden the organization’s international reach by developing and expanding WIA programs and initiatives, all in support of WIA’s goal to achieve 50/50 equality in creative leadership within the animation industry by 2025. WIA’s goal is to raise $1 million by the third quarter of 2020 in this initial round of fundraising.

An impressive list of major studios, animation companies and private donors from around the world have already banded together to show their support for WIA, raising over $500,000 for the organization to date. The Walt Disney Company has led the charge with the highest level of support representing various divisions – including Walt Disney Animation Studios, Blue Sky Studios, Pixar Animation Studios, Industrial Light & Magic, Lucasfilm, Disney Television Animation, Disney Channel and Disney Junior, among others – contributing a collective $100,000 in support of the organization’s global expansion.

“WIA seeks to harness the energy and strength of a robust donor base to step up our progress worldwide,” said WIA president Marge Dean. “While we are grateful to our dedicated volunteerism that has gotten us this far, we know that greater financial support will allow more sustainable operations in order to achieve our goal of 50/50 by 2025 at the global level.”

WIA vice president and chair of the Global Fund, Jinko Gotoh, added, "WIA strives to create belonging for animation. While animation today is a global industry, locality remains vital to our members. We see it both in the workplace and schools, especially as more international people become part of this industry. WIA has come a long way since the relaunch five years ago. We’re very grateful to all the individuals who have given over 40,000 hours of volunteer time and this surge of financial support we recently received from studios, companies and individuals.”

Support from The WIA Global Fund will allow immediate international expansion in the areas of Mentorship, New Chapter Development, and the World Summit series. The crucial uptick of financial backing will also launch the creation of a Virtual Member Community, a Talent Database, and more robust Classroom to Career Support, among other long-anticipated projects. This expansion will be advised by WIA’s new Global Advisory Committee, a group comprised of leaders from various WIA chapters, WIA Leadership Circle Donors and animation studios around the world.

All the founding donors of The WIA Global Fund will be acknowledged as sponsors of the third Women in Animation World Summit this year, which is set to take place this coming Monday, June 10th at the Annecy International Film Festival and Mifa 2019. This year’s Summit will focus on the theme of “Belonging,” which branches out from the context of past Summit focus on diversity and inclusion, is described as the feeling of being personally accepted, respected, included and supported in the workplace.