Professional development panel, ‘Contracts, Copyrights and Trademarks,’ to be held Wednesday, August 24th at The Animation Guild in Burbank. 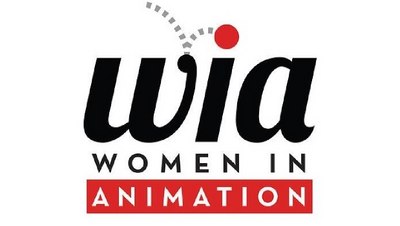 Women in Animation, the professional, non-profit organization for women involved in all aspects of the animation industry, is hosting a professional development panel, “Contracts, Copyrights and Trademarks,” at The Animation Guild in Burbank, CA at 7:00pm on Wednesday, August 24th. Are you a creator? An artist? A writer? A producer? These legal issues may sound like “the boring stuff,” but if you want to succeed in this business, you should have a basic understanding of what they’re all about. You need to know what you’re getting into, where problems may lurk, and how you’re protected. Lawyers, agents, and producers answer your questions and help you avoid a possible disaster. Miller is a well-known and respected writer/producer with more than 200 credits to his name. He has worked in live-action and animation, written scripts, developed series, pitched to studios and networks, produced, cast, approved storyboards, character designs, and animation -- the entire gamut of what goes into creating, selling, and producing a TV series. Miller is a member of the Writers Guild of America (for which he chairs the Animation Writers Caucus), the Writers Guild of Canada, and the Television Academy (where he has been an Emmy Judge for several years). He also leads Professional Development for the organization Women in Animation and has been a judge for ASIFA’s Annie Awards. After graduating with a BS in Rehabilitation Services from Virginia Commonwealth University, van Duren began a career in the entertainment business that started with leadership of VCU’s concert committee. She worked at a small rock booking agency, William Morris in NY, and as Phyllis Diller’s road manager before heading to UCLA for an MBA degree. van Duren has been working as an agent for 25 years with an emphasis on animation. She is active in the international arena, as well as with the U.S. studios and networks, and regularly attends KidScreen, MIPJr and MIPCOM.

Nemschoff is a sole practitioner of entertainment and intellectual property law with offices in Los Angeles. A graduate of Harvard College and Yale Law School, she represents a wide range of individual and institutional clients in finance, distribution, production, international co-productions, agency and licensing for film, television, comic books, video games and other digital media. Nemschoff has published a number of articles and spoken extensively in the United States, Europe and South America on copyright, trademark, digital media, film finance and film distribution. She is an Adjunct Professor at Southwestern Law School and serves as an arbitrator on the Independent Film and Television Alliance (IFTA) dispute resolution panel.