‘Wolves in the Walls’ VR to Debut at Sundance

Project based on the book by Neil Gaiman and Dave McKean aims to make the audience a part of the storytelling experience. 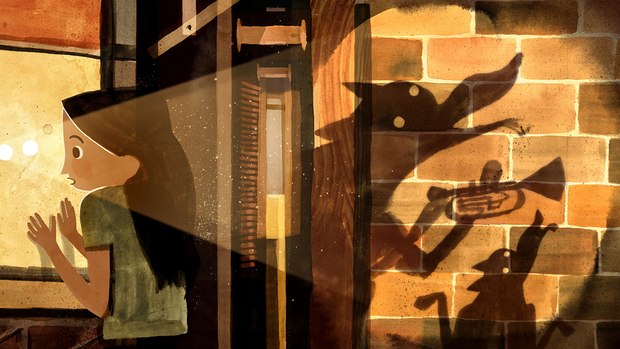 Neil Gaiman and Dave McKean’s ‘Wolves in the Wall’ comes to VR at Sundance.

Former members of the Oculus Story Studio will debut at the Sundance Film Festival the first chapter in their new exclusive Virtual Reality storytelling project, Wolves in the Walls, based on the acclaimed illustrated book by Neil Gaiman and Dave McKean.

Choreographed by New York’s critically acclaimed immersive theater company, Third Rail Projects (Then She Fell, Learning Curve, Ghost Light), directed by Pete Billington (Disney, DreamWorks) and produced by Jessica Shamash (Pixar), this immersive-fable asks; What would it be like to interact, have a relationship, and go on a quest with a character inside a virtual reality movie? "No one has yet cracked what the promise of storytelling in VR is: How to organically combine a compelling and emotional story with interactive worlds and characters. Wolves in the Walls will be exactly that," says executive producer Saschka Unseld.

For the first time in a movie, the audience is cast as a character, and will be there to help Lucy overcome the obstacles in front of her.  This is a VR fable about the nature of fear. It is also a story about family. The youngest members of our pack often see things the most clearly, but they are also the easiest to ignore. Lucy needs our help to convince her family that something is very wrong inside the house.

“Wolves in the Walls is about being brave, about fear, about confronting problems, about being clever and tricky, about how a small girl called Lucy has to rescue her family,” says Gaiman. “And most of all, it's about what happens when the wolves come out of the walls, and whether it will indeed, as Lucy's family claims, be all over.”

“VR is a very different medium that is at the very start of its development, and I think, still has to negotiate its terms with 'storytelling,’” says McKean. “It's very exciting to be at the ground floor of that development, as I think the essential exploratory nature of the medium really needs to be at the center of the experience. There can be narrative elements, but we must feel that we are discovering them by our own volition. It's a real challenge to make the most of the potential of VR -- it's not just a matter of adapting a story into a new form, it's a ground-up re-imagining of it.”Lucy can engage the audience, interact emotionally, and change her performance based on our actions. She can conﬁde in us, track our movement, offer and take object from us. Lucy can also remember what we have done and react with different dialog and emotion.”