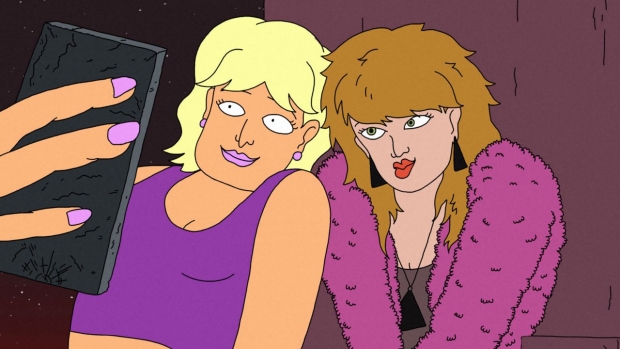 The rough-edged, 2D show, is produced and animated in Australia by Princess Pictures. Cusack’s animation style is a unique blend of various influences over the years, including animation, comics and movies: a contrast of creating things that looks rough and gross, while also colourful and cute at the same time. He also handled the show’s storyboards, along with two other artists. Emma Fitzsimons Greta Jackson also serve as executive producers.

Cusack notes that while many factors influenced and inspired him to create the series, including shows like The Simpsons and South Park, mostly, he drew upon his experiences growing up in Wollongong, Australia, hanging out with friends and observing social situations, which were fun for him to dramatize and turn into art.